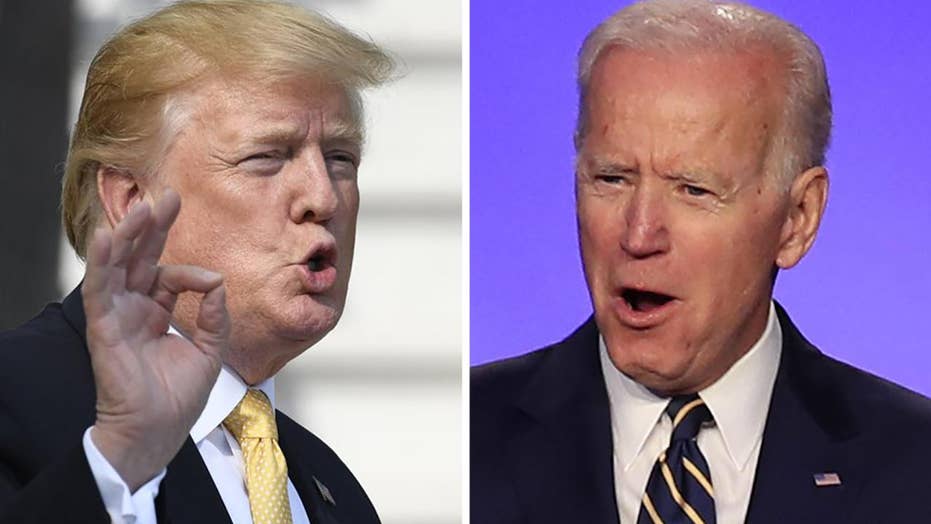 President Trump on Monday slammed the leaders of what he called the “Dues Sucking firefighters” union after the International Association of Fire Fighters endorsed former Vice President Joe Biden in the 2020 race.

“I’ll never get the support of Dues Crazy union leadership, those people who rip-off their membership with ridiculously high dues, medical and other expenses while being paid a fortune. But the members love Trump. They look at our record economy, tax & reg cuts, military etc. WIN!” Trump tweeted Monday.

Minutes later, he added: “The Dues Sucking firefighters leadership will always support Democrats, even though the membership wants me. Some things never change!”

The president’s tweets come after the IAFF endorsed Biden on Monday morning.

"On behalf of the International Association of Fire Fighters, I'm proud to announce that we stand with Joe Biden and endorse his candidacy for President of the United States," IAFF general president Harold Schaitberger said in a video.

Schaitberger emphasized that "Joe's a lot like our firefighters. He's a problem solver who cares deeply about America and committed to making our country better. He's one of the staunchest advocates for working families.”

Biden thanked the union for the endorsement.

“I couldn't be more proud to have the International Association of Fire Fighters on my team. Unions built the middle class in this country—and as President, I'll fight to strengthen them and grow the backbone of this country,” Biden tweeted Monday.

The 2020 hopeful later hit back at the president himself, saying he was "sick" of his negative comments about unions.

"I'm sick of this President badmouthing unions. Labor built the middle class in this country. Minimum wage, overtime pay, the 40-hour week: they exist for all of us because unions fought for those rights. We need a President who honors them and their work," Biden tweeted.

Meanwhile, the president continued his attacks on Biden, using his newly coined nickname for the former vice president and senator from Delaware—“Sleepy Joe.”

“The Media (Fake News) is pushing Sleepy Joe hard. Funny, I’m only here because of Biden & Obama. They didn’t do the job and now you have Trump, who is getting it done - big time!” he tweeted Monday.

Trump went on to slam Biden, who is hosting the first major event of his 2020 campaign in Pittsburgh Monday afternoon.

"Sleepy Joe Biden is having his first rally in the Great State of Pennsylvania. He obviously doesn’t know that Pennsylvania is having one of the best economic years in its history, with lowest unemployment EVER, a now thriving Steel Industry (that was dead) & great future!" Trump tweeted.

Biden’s event will kick off his six-state swing over the next three weeks. The trip is expected to end with a major speech in Philadelphia.

The choice to launch the campaign swing in Pennsylvania is not a surprise, as the state has been a critical battleground state in presidential elections. Trump flipped Pennsylvania in 2016. Biden’s choice of Pennsylvania also signals that he is working to capture working-class voters who were swayed by Trump in 2016.

While Biden has long lived in Delaware and served as a senator for the state for almost four decades, he was born and spent his early years in Scranton.