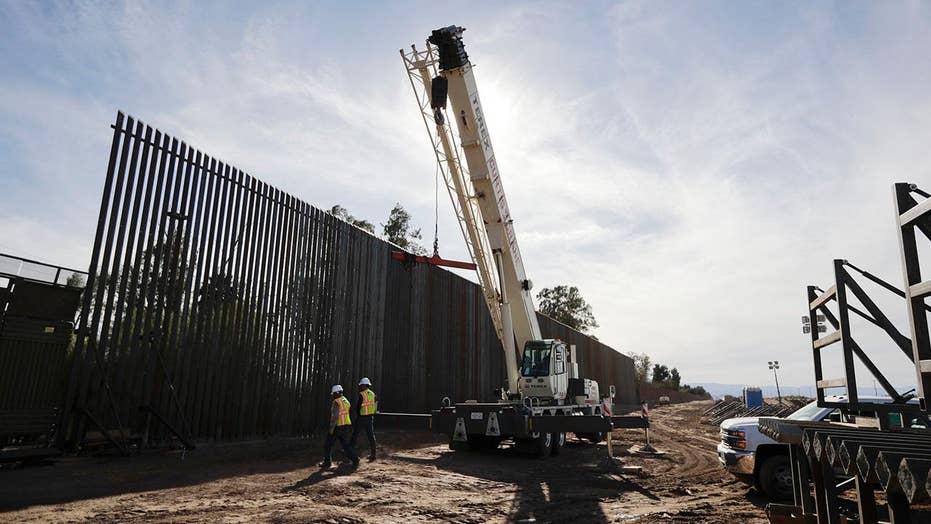 President Trump appeared to be moving Tuesday toward approving a border security compromise after speaking with the top Republican on the Senate Appropriations Committee.

The president tweeted that he had been "presented the concept and parameters" of the agreement by "hard working" Sen. Richard Shelby, R-Ala.

"Looking over all aspects knowing that this will be hooked up with lots of money from other sources," Trump wrote, "....Will be getting almost $23 BILLION for Border Security. Regardless of Wall money, it is being built as we speak!"

During a Cabinet meeting earlier Tuesday, Trump said that he was "not happy" with the tentative deal, but did not say whether he would enact the measure and insisted that the administration was "using methods other than this" to construct his long-promised wall along the U.S.-Mexico border.

The president tweeted Tuesday evening thanking congressional Republicans "for the work you have done in dealing with the Radical Left on Border Security. Not an easy task, but the Wall is being built and will be a great achievement and contributor toward life and safety within our Country!"

The legislation agreed upon by a bipartisan group of lawmakers Monday night provides nearly $1.4 billion for border barriers -- including 55 miles of new fencing to be built in Texas' Rio Grande Valley -- and keeps the government funded for the rest of the fiscal year, which ends on Sept. 30.

Shelby told reporters that he had explained to Trump that the $1.4 billion represented a down payment on the wall, and reserved discretionary funds for detention facilities. Shelby described the president's tone as "very, very good" and said that while Trump was concerned that he wasn't getting all that he wanted in the agreement, "if he'll evaluate it himself, he's getting a good down payment."

Congressional Republicans, who are eager to avoid a second politically costly partial government shutdown, have sold the agreement as a necessary compromise that represented a major concession from Democrats. Congress has until 11:59 p.m. Friday to get legislation through both the House and Senate and signed by Trump.

When asked about a possible shutdown, Trump told reporters Tuesday: "I don't think it's going to happen." 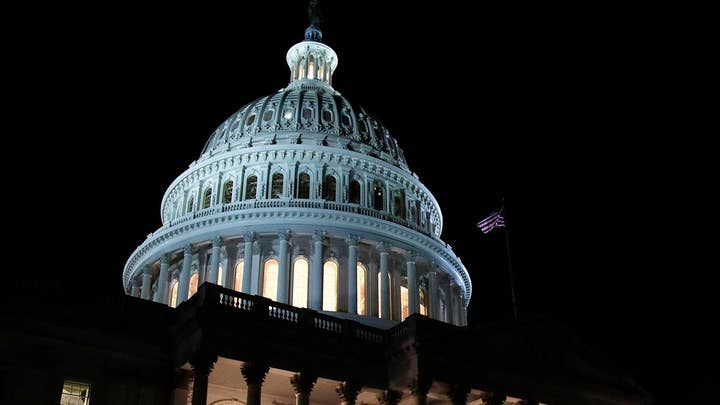 The White House has long been laying the groundwork for Trump to use executive action to bypass Congress and divert money into wall construction. He could declare a national emergency or invoke other executive authority to tap funds including money set aside for military construction, disaster relief and counterdrug efforts.

Previewing that strategy last week, acting White House Chief of Staff Mick Mulvaney said, "We'll take as much money as you can give us, and then we will go off and find the money someplace else -- legally -- in order to secure that southern barrier." He said more than $5.7 billion in available funds had been identified.

Senate Majority Leader Mitch McConnell, R-Ky., who had previously said he was troubled by the concept of declaring a national emergency, said Tuesday that Trump "ought to feel free to use whatever tools he can legally use to enhance his effort to secure the border."

Rep. Mark Meadows, R-N.C., a close ally of the president, told Fox News' "Your World with Neil Cavuto" that he expected to Trump sign the deal, but "follow up with some type of executive action, whether that’s a national emergency or some of the other tools in his toolbox."