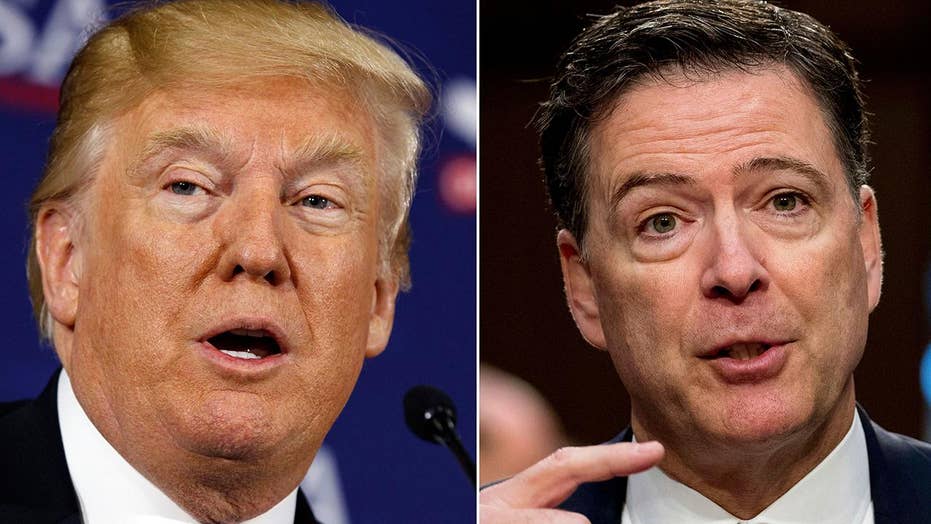 President Trump on Saturday attacked the New York Times and its “third rate” reporter Maggie Haberman for stories that he says attempt to “destroy” personal lawyer Michael Cohen by suggesting he will betray the president to avoid prison.

“The New York Times and a third-rate reporter named Maggie Haberman, known as a Crooked H flunkie who I don’t speak to and have nothing to do with, are going out of their way to destroy Michael Cohen and his relationship with me in the hope that he will ‘flip,’ ” Trump said in one of three tweets on Saturday.

His home, office and hotel were raided by FBI agents earlier this month, in a case referred to federal prosecutors by special counsel Robert Mueller, who is investigating whether the 2016 Trump presidential campaign colluded with Russia.

The Cohen investigation has sparked speculation and news stories by the Times and others about whether the case is connected to Trump or the 2016 campaign.

"They use non-existent 'sources' and a drunk/drugged up loser who hates Michael, a fine person with a wonderful family,” Trump said in the second tweet Saturday about the Times' reporting.

“Michael is a businessman for his own account/lawyer who I have always liked & respected. Most people will flip if the Government lets them out of trouble, even if it means lying or making up stories. Sorry, I don’t see Michael doing that despite the horrible Witch Hunt and the dishonest media!" he continued.

Soon after the president’s tweets, Haberman and the New York Times responded with posts of their own – with both highlighting that Trump misspelled the reporter’s last name in a now-deleted tweet on the same subject.

“One B, sir (or Dan?). Here’s the story that seems to have touched a nerve,” she wrote in one tweet, which she followed with: “When I was reporting this story, I said one person who’s observed the Cohen-Trump relationship that Trump has been abusive to him. The person replied, ‘He’s abusive to everybody.’”

The newspaper’s communications Twitter account said: “We are extremely proud of @maggieNYT, who is a part of a team that just won a Pulitzer Prize. We stand by our story and our reporting.”

The post included a link to the story and a screenshot of Trump’s first tweet with the misspelling.

The FBI raid was purportedly focused on finding evidence of fraud -- including records related to the payments Cohen made in 2016 to Daniels and to former Playboy model Karen McDougal, who also alleges having had sexual encounters with Trump.

Prosecutors have said they're investigating Cohen's personal business dealings but haven't said what crime they believe he may have committed.

Cohen's lawyers have called the raid an assault on attorney-client privilege, and Trump has said it was "an attack on our country.

Trump tweeted Saturday after he arrived at one of his Florida golf courses. Cohen has said he would "take a bullet" for his boss.

Haberman reports on the White House for the Times and has covered Trump since his days a businessman in New York. Trump says in the tweets that he doesn't speak to Haberman, but the president purportedly has called her directly about big stories regarding his administration.