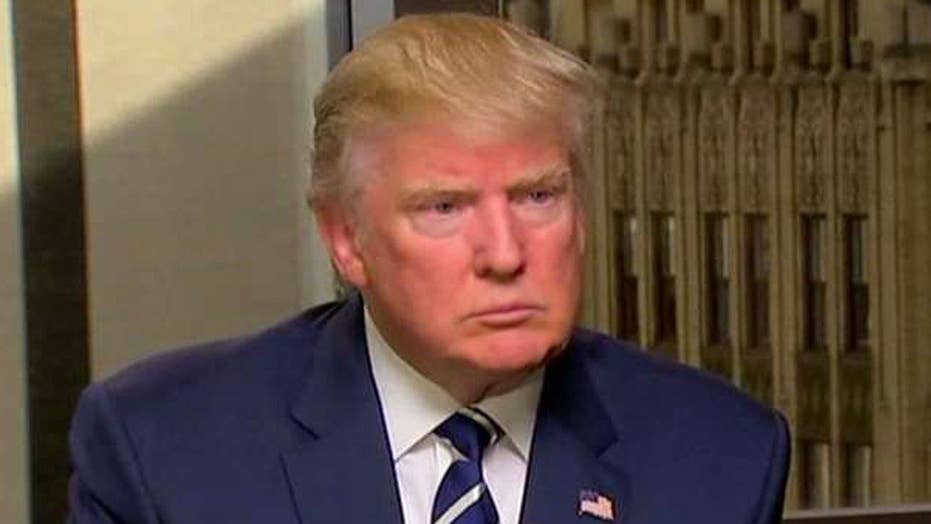 Republican presidential candidate Donald Trump said Friday that he was putting $10 million of his own money into his campaign as new data showed him lagging financially behind Democrat Hillary Clinton with fewer than two weeks to go before the election.

"I’m going to put up some more as we need it," Trump told Fox News' Bret Baier. "And what it takes is what it takes, and we’re watching very closely ... I’m putting my money in. She’s not putting any of her money in."

The interview was recorded hours before the FBI announced it was investigating whether there was classified information on a device belonging to former Congressman Anthony Weiner, the estranged husband of one of Clinton's closest aides.

Trump also complained of what he saw as a lack of support from Republican leadership, with the exception of Republican National Committee chair Reince Priebus, whom Trump praised as "a terrific guy."

"I think he’s really devastated that [House Speaker] Paul Ryan and others haven’t been more, like, let’s get in there and help," Trump said. "I like Paul Ryan, but I’m disappointed that we haven’t had more help."

"The Democrats are a machine. We don’t have a machine, the Republicans," Trump added. "We have, sadly, people that are in a leadership capacity that almost, like, [are] not for us. I’m trying to figure out what’s going on."

Trump did not name any of the three Senators he was referencing.

"We should be running together," Trump said. "I don’t care that we’re not running together. I couldn’t care less, actually. But they would to better if they got together with me."