President says despite 'never ending and corrupt Russia investigation' there's 'no collusion or obstruction'; reaction and analysis on 'The Five.'

President Trump on Thursday said he agrees with his legal team in cooperating with Special Counsel Robert Mueller’s probe, contrasting that approach with how the Clintons have dealt with investigations over the years.

“I have agreed with the historically cooperative, disciplined approach that we have engaged in with Robert Mueller (Unlike the Clintons!),” the president tweeted Thursday.

During the 1990s, then-President Bill Clinton was investigated by independent counsel Kenneth Starr, which led to Clinton’s impeachment.

In a vote of confidence for his legal team, Trump added: “I have full confidence in Ty Cobb, my Special Counsel, and have been fully advised throughout each phase of this process.” 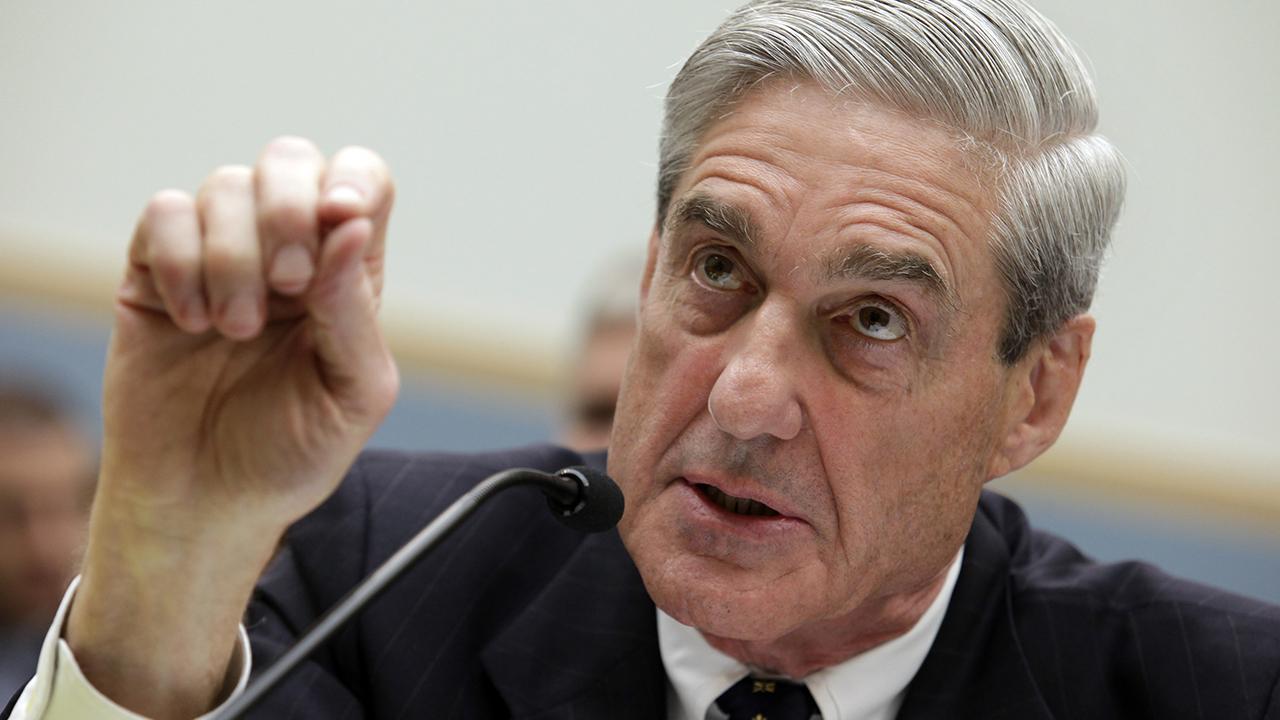 The tweet come as some supporters – including former adviser Stephen Bannon – have publicly encouraged Trump to stop cooperating with Mueller’s requests.

“The president wasn’t fully briefed by his lawyers on the implications” of not invoking executive privilege, Bannon told The Washington Post. “It was a strategic mistake to turn over everything without due process, and executive privilege should be exerted immediately and retroactively.”

Earlier Thursday, Trump denied seeking to shut down Robert Mueller’s Russia probe, saying Thursday he would have fired the special c ounsel months ago if he wanted him gone.

“If I wanted to fire Robert Mueller in December, as reported by the Failing New York Times, I would have fired him,” the president tweeted. “Just more Fake News from a biased newspaper!”

Earlier this week, the New York Times published a story with the headline: “Trump Sought to Fire Mueller in December.”

That story claimed Trump was “furious over news reports about a new round of subpoenas” from Mueller’s office at the time and “told advisers in no uncertain terms that Mr. Mueller’s investigation had to be shut down.”

There has long been speculation that Trump could fire Mueller, but both the president and his legal team have previously denied that he’s considering taking that step.

TRUMP LASHES OUT A MUELLER, ROSENSTEIN AND 'CORRUPT RUSSIA INVESTIGATION'

Mueller's probe began as an investigation into Russia's alleged attempt to meddle in the 2016 contest, but has broadened into an investigation of Trump campaign aides and associates both after the election and years before.

Trump has been vocal in his opposition to what he has called the “fake” and “corrupt” investigation.

“Much of the bad blood with Russia is caused by the Fake & Corrupt Russia Investigation, headed up by the all Democrat loyalists, or people that worked for Obama,” Trump tweeted Wednesday.

The president – who often lashes out at the investigation but rarely takes aim at Mueller himself --- on Wednesday also took a rare shot at the special counsel, as well as Deputy Attorney General Rod Rosenstein.

“Mueller is most conflicted of all (except Rosenstein who signed FISA & Comey letter),” the president said.

Trump’s attack on Rosenstein is in reference to how the deputy attorney general signed the FISA surveillance warrant for former Trump campaign adviser Carter Page. The president has repeatedly decried the DOJ and FBI’s efforts to obtain that surveillance warrant.

In another tweet on Wednesday, the president argued his administration is “doing things that nobody thought possible, despite the never ending and corrupt Russia Investigation, which takes tremendous time and focus.”