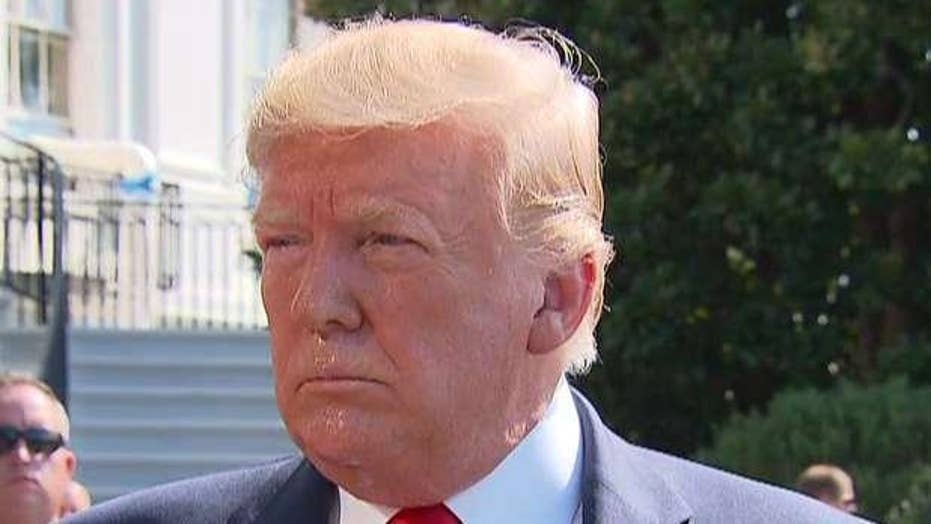 The president highlights a need to address a 'big mental illness problem' in America after the mass shootings in Dayton, Ohio and El Paso, Texas.

President Trump on Friday unloaded into Democratic 2020 frontrunner Joe Biden, saying he would be "thrilled" if the former vice president was his opponent next year and mocking him for his most recent gaffes on the campaign trail.

“Look, Joe is not playing with a full deck,” Trump told reporters outside the White House. “He made that comment and I said 'whoa.'"

“This is not somebody you can have as your president, but if he got the nomination I’d be thrilled,” he said.

Trump was responding to mistakes made by Biden on the campaign trail Thursday when he told a crowd in Iowa that “poor kids are just as bright and talented as white kids.” Biden quickly corrected himself after some applause from the crowd at the Asian & Latino Coalition PAC, and finished, “wealthy kids, black kids, Asian kids.”

His campaign was also quick to respond to Trump’s zinger with one of its own on Friday. 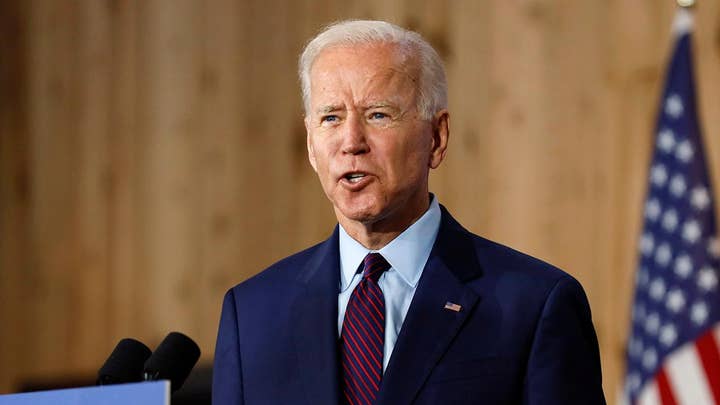 Trump has delighted in making fun of Biden for what he sees as Biden’s declining mental capacity. Earlier this week, responding to Biden comparing his rhetoric to that of former Alabama Gov. George Wallace, Trump said that Biden has “truly lost his fastball, that I can tell you.”

On Friday, Trump kept returning to mocking the former Delaware senator, when he was asked about Democratic claims that he is a white nationalist.

“They call anyone a racist that when they run out of cards...they've got candidates,” he said. “Joe Biden can’t answer a simple question, something's going wrong with him.”

He then went on to make reference to the recent testimony of former Special Counsel Robert Mueller, who at times appeared to be struggling through the hearing at which he testified.

“A lot of people think he's the one who wanted Bob Mueller to testify,” Trump said. “Because it made Joe look intelligent.”