President Trump on Wednesday said he has ordered the Federal Emergency Management Agency (FEMA) to stop sending money to California to deal with forest fires “unless they get their act together.”

“Billions of dollars are sent to the State of California for Forest fires that, with proper Forest Management, would never happen,” he tweeted. “Unless they get their act together, which is unlikely, I have ordered FEMA to send no more money. It is a disgraceful situation in lives & money!”

November's fire in the northern California town of Paradise was the deadliest U.S. wildfire in a century, killing at least 85 people and destroying nearly 14,000 homes.

Trump sparked controversy then when he blamed the wildfires on poor forest management, and threatened to withhold payments to the state.

In an interview with “Fox News Sunday,” Trump praised the firefighters but said the “big problem we have is management.” He said that responders were raking bushes that were totally dry and on fire: “That should have been all raked out, you wouldn’t have the fires.”

“You need forest management, it has to be, I’m not saying that in a negative way or positive way, I’m just saying the facts,” he said. 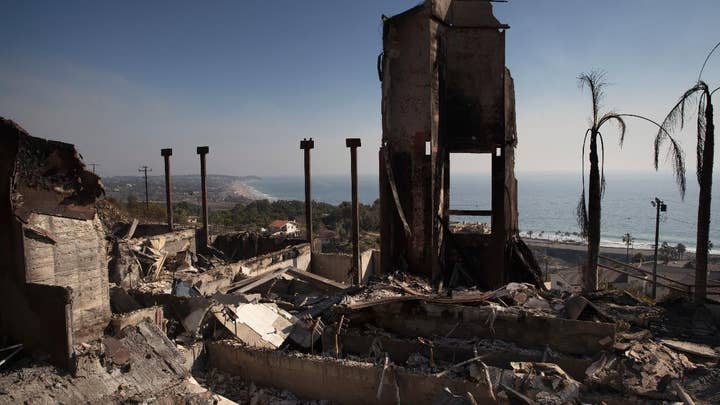 “It’s absolutely shocking for President Trump to suggest he would deny disaster assistance to communities destroyed by wildfire,” Sen. Dianne Feinstein, D-Calif, said in a statement. “Attacking victims is yet another low for this president.”

Sen. Kamala Harris, D-Calif., said in a tweet that Democrats and Republicans should work together to fight climate change, “not play politics by threatening to withhold money from survivors of a deadly natural disaster.”