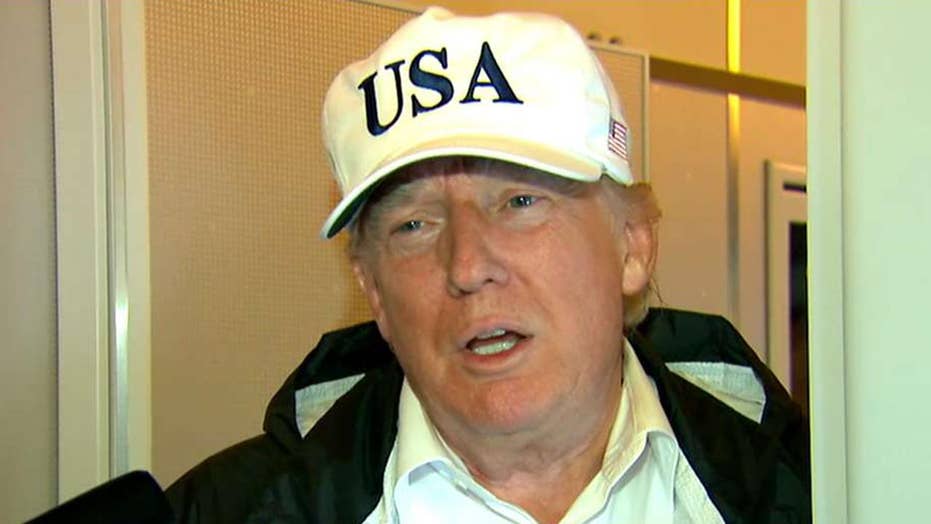 Trump: What Susan Rice did was wrong, tip of the iceberg

President Trump said Thursday that efforts by Susan Rice to unmask his associates’ identities in intelligence reports last year are “just the tip of the iceberg,” slamming the former Obama national security adviser days after she spoke to House investigators.

“She’s not supposed to be [unmasking], and what she did was wrong … and that’s just the tip of the iceberg,” Trump told Fox News, speaking aboard Air Force One on his way back from surveying Hurricane Irma damage in Florida.

He added, “I heard she admitted [to unmasking] yesterday.”

A senior Capitol Hill source told Fox News that Rice gave “vast and varied” explanations for her actions last week, during a meeting with the House Intelligence Committee. It was the latest in a series of meetings for Obama officials with lawmakers looking for details on the role they may have played in seeking Trump associates’ identities from intelligence reports.

As CNN first reported, Rice explained to the committee that she wanted to learn why the crown prince of the United Arab Emirates was in New York last year. He apparently attended a meeting with Michael Flynn, Trump son-in-law Jared Kushner, and strategist Steve Bannon in December.

Rice said she was bothered by that meeting and the timing, because the UAE delegation had asked for a meeting with then-President Obama and then canceled, supposedly because they weren’t coming to the U.S. – only for the crown prince to quietly see the Trump team.

House Oversight Committee Chairman Trey Gowdy, R-S.C., did not dispute this account of the Rice appearance, when asked on Fox News’ “America’s Newsroom.”

“It's not inconsistent with her testimony. Whether or not that's true or not, I can't tell you. But it's consistent with what she said,” said Gowdy, among the lawmakers who questioned Rice.

He said Rice did a “good job” during the interview. Asked whether her answers were satisfactory, he said, “I have no reason to impeach them or contradict them.”

But he added, “There’s a whole body of documents that I need to know whether or not what she said is corroborated or contradicted. I don’t usually go just based on what someone said, particularly if there are documents that either refute it or corroborate it.”

Rice initially told PBS' Judy Woodruff in March that she “knew nothing” about the unmasking of Trump associates. But weeks later on MSNBC, she admitted she sometimes sought out the identities of Trump associates who communicated with foreigners, a request known as “unmasking” in the intelligence community.

But “I leaked nothing to nobody,” Rice told MSNBC.