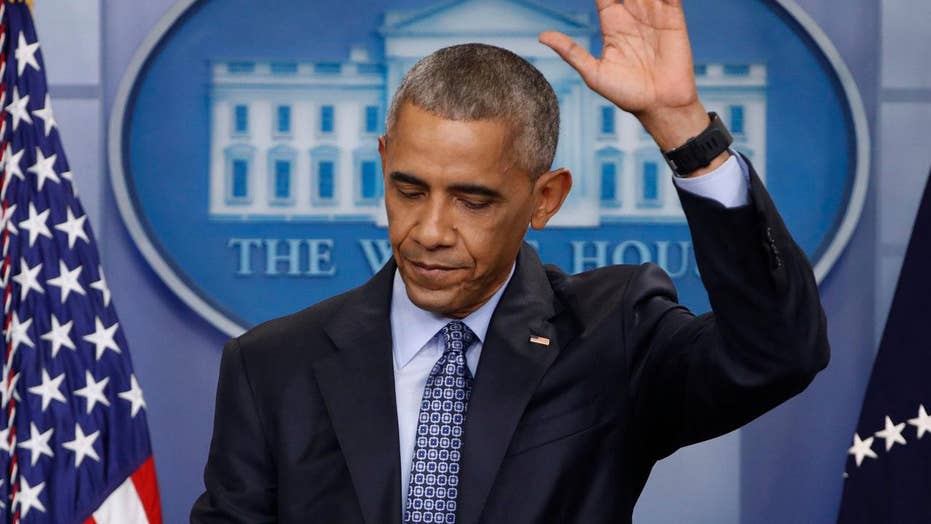 President Trump sought to turn the tables on the Obama administration Tuesday morning on the heels of a report saying they received “multiple warnings” as far back as 2014 about the Moscow meddling threat, suggesting his predecessor kept it under wraps because “he didn’t want to anger Russia.”

“According to report just out, President Obama knew about Russian interference 3 years ago but he didn't want to anger Russia!” Trump tweeted.

Politico reported that the Obama administration was warned between 2014 and 2016 that the Kremlin was building networks and operations that could be used to disrupt the U.S. political system.

One Russian source reportedly was quoted in a report saying Russia was operating in the U.S. and Europe and had “penetrated media organizations, lobbying firms, political parties, governments and militaries in all of these places.”

According to Politico, this report went to the National Security Council as well as intelligence agencies and the State Department in the spring of 2014.

While it did not specifically warn of a threat to American elections, one official told Politico that some felt the administration was quick to dismiss the possibility of Kremlin interference.

The report is sure to fuel Trump’s complaints about the way the Obama administration handled concerns about Russian meddling in the 2016 campaign.

Trump previously has accused his predecessor of failing to act last year, as the president now faces numerous investigations – most prominently, a special counsel probe – into the meddling and allegations of collusion with his own associates.

He has long denied those claims.

Former Obama NSC spokesman Ned Price, though, pushed back on the notion the Obama administration stood idly by in the face of Russia warnings.

“The Obama administration was nothing but proactive in responding to Russian aggression in all of its forms,” he told Politico.