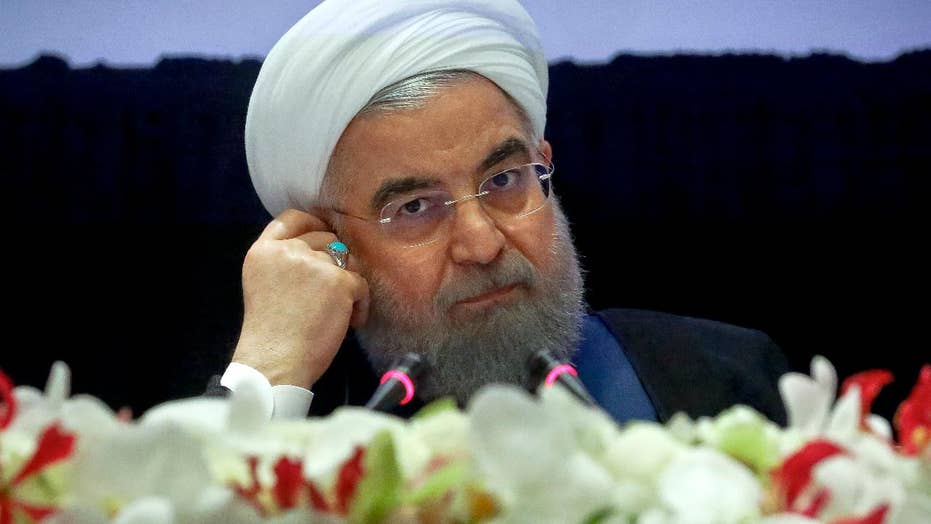 Fox News contributor says it would be 'irresponsible' for the U.S. to walk away.

President Trump will announce next week that he will "decertify" the 2015 nuclear deal with Iran, the Washington Post reported Thursday.

An administration source pushed back on the report to Fox News, saying that a decision on the agreement was "not fully baked."

During a briefing with senior military leaders Thursday, Trump said Iran had "not lived up to the spirit of the agreement" and added the U.S. "must put an end to Iran's continued aggression."

Trump has until Oct. 15 to tell Congress if he believes Iran is complying with the seven-nation pact.

"We're going to give [Trump] a couple of options of how to move forward to advance the important policy toward Iran," Secretary of State Rex Tillerson told reporters Wednesday.

An announcement of decertification by Trump would not scrap the deal on its own. If he does decertify the deal, Congress could reintroduce economic sanctions on Iran that were suspended under the agreement. If that happens, Iran has threatened to walk away from the arrangement and restart activities that could take it closer to nuclear weapons.

Trump and other U.S. officials, including Tillerson, have said Iran is violating the spirit of the agreement because of its testing of ballistic missiles, threats to U.S. allies in the Middle East, and support for U.S.-designated terrorist organizations and Syria's government.

The president has called the deal, which forced Iran to scale back its nuclear program in exchange for broad relief from international economic sanctions, one of the nation's "worst and most one-sided transactions" ever. But many of his top national security aides don't want to dismantle the deal, and America's European allies have lobbied the Trump administration heavily not to walk away from the agreement.

Under the 2015 Iran Nuclear Agreement Review Act, Trump must determine that Iran is implementing the nuclear deal and hasn't committed a "material breach," or taken action that could advance its nuclear weapons program. The law also demands the president's verdict on a fourth question: whether suspending sanctions is "appropriate and proportionate," and if doing so is "vital to the national security interests of the United States."

On Tuesday, Gen. Joseph Dunford, the chairman of the Joint Chiefs of Staff, told the Senate Armed Services Committee that Iran "is not in material breach of the agreement." At the same hearing, Defense Secretary Jim Mattis said he believed the deal is still in the U.S. national security interest, but hinted that Trump may try to decertify without breaking the deal.

"You can talk about the conditions under one of those, and not walk away from the other," he said.