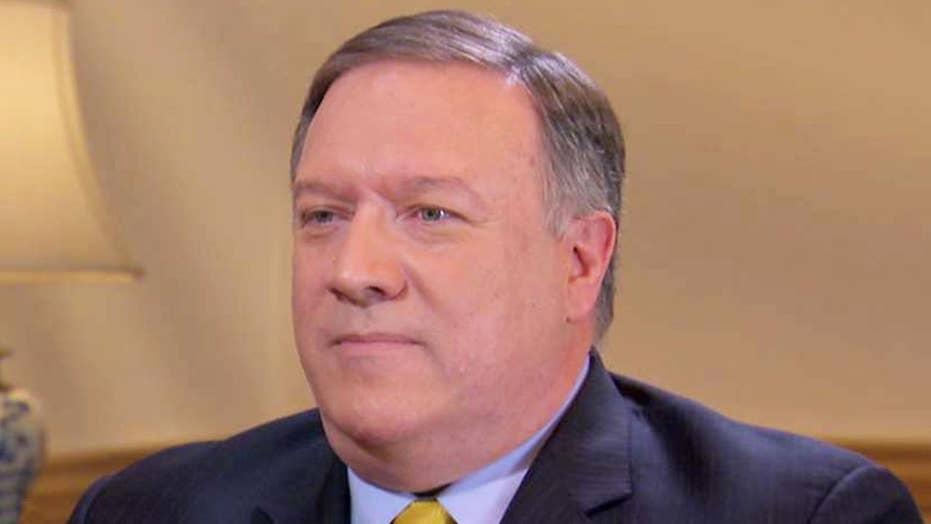 Pompeo: Trump has been strong in protecting US from Russia

Secretary of State Mike Pompeo said President Donald Trump “understands” that the Russians interfered in U.S. elections in 2016 -- and fired back at criticism that the president appeared weak at this week's summit with Russian President Vladimir Putin.

Pompeo asserted that Trump has been “relentless” against Russia, and subtly criticized the media for overdramatizing its coverage of the Helsinki meeting.

"This administration has been relentless in its efforts to deter Russia from its bad behavior. We inherited a situation where Russia was running all over the United States. These last few days have been, frankly, more heat than light."

"This administration has been relentless in its efforts to deter Russia from its bad behavior," he said. "We inherited a situation where Russia was running all over the United States. These last few days have been, frankly, more heat than light.”

Pompeo said the Trump administration has been “strong in supporting the Ukrainians, strong in making sure that we’re protected against Russian expansion in other parts of the world.  We all recognize that that threat is real and President Trump has been strong in protecting America from Russian aggression.”

He also denied that Trump is entertaining in the idea of allowing Russia to question U.S. officials, including onetime U.S. ambassador to Moscow Michael McFaul, and other Americans in connection with criminal claims against Bill Browder, a prominent critic of Putin.

“None,” Pompeo said of the chances of Trump approving such an situation. The statement comes just days after the White House didn’t rule out that such arrangement could be made. The U.S. Senate on Thursday unanimously approved a resolution warning Trump not to let the Russian government question diplomats and other officials.

When asked about recent media reports suggesting Trump was briefed on Russian meddling in U.S. elections just two weeks before his inauguration in 2017, Pompeo reaffirmed that Trump “understands that the Russians have interfered in our elections.”

The secretary of state noted the meddling has been happening for an “awfully long time” and didn’t occur just in 2016.

"The president understands what Russia did in our elections, in 2016, and he has empowered each of us to make sure that it doesn’t happen again in the 2018 or 2020 elections here in the United States as well."

“America somehow seems to forget the history of Russia’s efforts to undermine western democracy for decades now,” he said.

“It gets confused because there are those who want to make a partisan case out of this, with respect to the Mueller investigation. The president understands what Russia did in our elections, in 2016, and he has empowered each of us to make sure that it doesn’t happen again in the 2018 or 2020 elections here in the United States as well,” the U.S. top diplomat added, nothing that he believes Russia is continuing its efforts to meddle in elections.

Trump drew fury from both the left and right in Helsinki for not unequivocally siding with the American intelligence community on whether Russia interfered in the 2016 presidential election.

The president said that though he has great confidence in the U.S. intelligence community, the Russian leader gave a “strong and powerful” denial. He added that he doesn't “see any reason why” Russia would be behind election meddling and suggested both Russia and the U.S. were to blame for strained relations.

On Tuesday, Trump clarified his statements, saying he does accept the assessment of the U.S. intelligence agencies that Russia interfered in the 2016 presidential election.

Later in the interview, Pompeo told Bream that the North Korean government has reaffirmed its commitment to denuclearize and get rid of its nuclear program, despite contrary reports in the media. 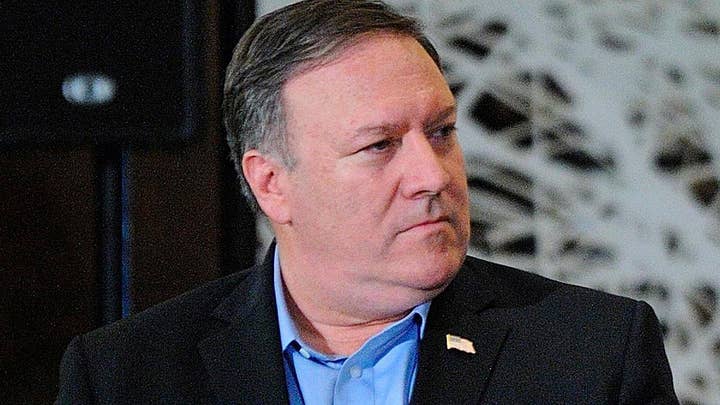 “No one’s been closer to that than I have, so everyone else is simply speculating about what’s taken place today.  I’ve been there, the North Koreans have consistently reaffirmed their commitment -- the commitment that Chairman Kim made to President Trump,” he said.

“No one was under any illusion that this was going to happen in hours, or days, or even weeks.  It’s going to take time to achieve this outcome.  We hope for a brighter future for the North Korean people, and if Chairman Kim continues to follow through on his commitment -- the people of North Korea will have a brighter future,” Pompeo added.