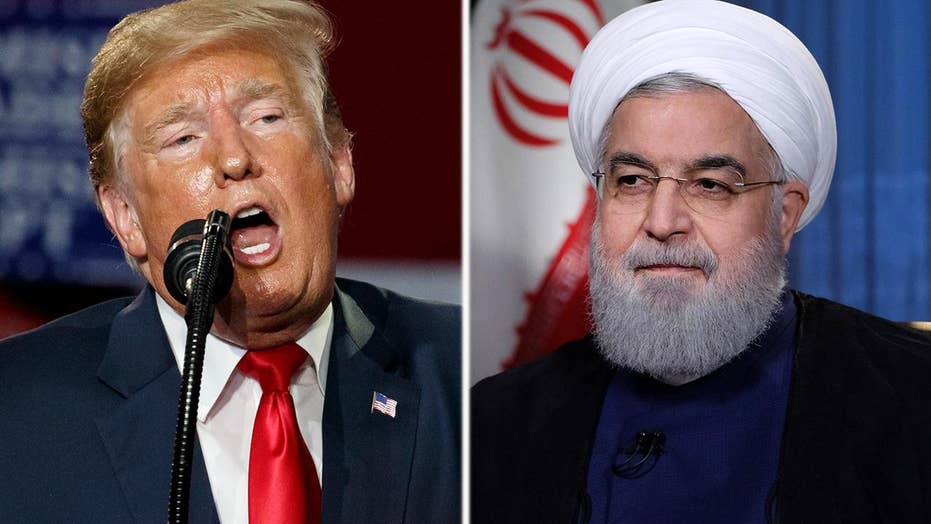 The Trump administration is set to restore many of the sanctions the U.S. lifted as part of the 2015 nuclear deal with Iran; Rich Edson reports from the State Department.

The Trump administration is effectively ending United States participation in the Iran nuclear agreement at midnight as Monday turns to Tuesday.

That’s when the Treasury Department is set to restore many of the sanctions the Obama administration lifted as part of the Iran deal.

The Trump administration said the regime in Tehran is on shaky ground, though officials deny they're trying to collapse Iran’s government.

"Our policy is not regime change but we want to put unprecedented pressure on the government of Iran to change its behavior,” said John Bolton, the White House national security adviser, in an interview on Fox News. “So far they have shown no indication that they are prepared to do that."

A senior administration official said these restored sanctions are designed to constrict the revenue Iran uses to fund “terrorists, dictators, proxy militias, and the regime’s own cronies.”

They target Iran’s dealing in U.S. dollars, its currency abroad and business in precious metals, aluminum, steel, coal and its auto industry.  In November, the administration said it will restore sanctions on Iran’s oil and gas and banking sector.

In a statement Monday, President Trump restated his opinion that the 2015 international accord to freeze Iran's nuclear program in return for lifting sanctions was a "horrible, one-sided deal." He said it left the Iranian government flush with cash to use to fuel conflict in the Middle East.

"We are ready for talks to see how they are going to compensate and pay us back,” said Rouhani. “America owes the Iranian nation for several interventions in their country. They should both apologize to us and compensate for the past. If they do so, we have always been ready for talks."

An administration official said the U.S. will aggressively enforce these sanctions, potentially subjecting businesses from allies to penalties.

“Individuals or entities that fail to wind down activities with Iran risk severe consequences,” said President Trump in a statement.

Britain, France and Germany have been working with Iran, China and Russia to salvage the Iran deal.

“We are determined to protect European economic operators engaged in legitimate business with Iran … the preservation and maintenance of effective financial channels with Iran, and the continuation of Iran’s export of oil and gas,” said a joint statement from Great Britain, France, German and the European Union.

A senior administration official said the United States had visited more than 20 countries to lobby governments and businesses and warn them about conducting business with Iran. The U.S. likely will get a much better sense of the success of that effort shortly as these sanctions return.