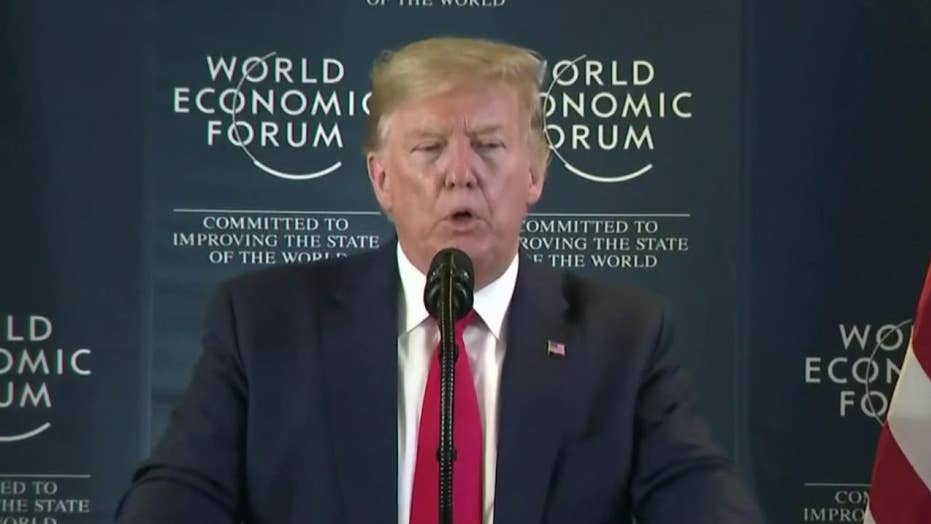 President Trump is all about records.

He’s constantly touting things such as the U.S. having the “greatest economy in American history,” how unemployment for certain demographic groups is the “lowest in the history of our country,” and how his reelection campaign is setting fundraising records.

But as of 4:45 p.m. on Wednesday -- on a day when the Senate was embroiled in his impeachment trial and the president was attending the World Economic Forum (WEF) meeting in Davos, Switzerland -- Trump broke one of his own records by sending out a whopping 131 tweets and retweets in a single day, marking the most of his presidency.

Trump’s tweets on Wednesday are not just remarkable for how many of them there were, but the breadth of subject matter he broached and the people he retweeted.

He touched on immigration, the upcoming pro-life march, his impeachment trial, the WEF conference, the recent trade deal with China and even the World Cup.

The president also still has a few hours left in the day now that he has arrived back in Washington, D.C., so there is speculation that he could even break his all-time record of 161 tweets in a single day, which he set back in January 2016 -- before he was sworn in as president.