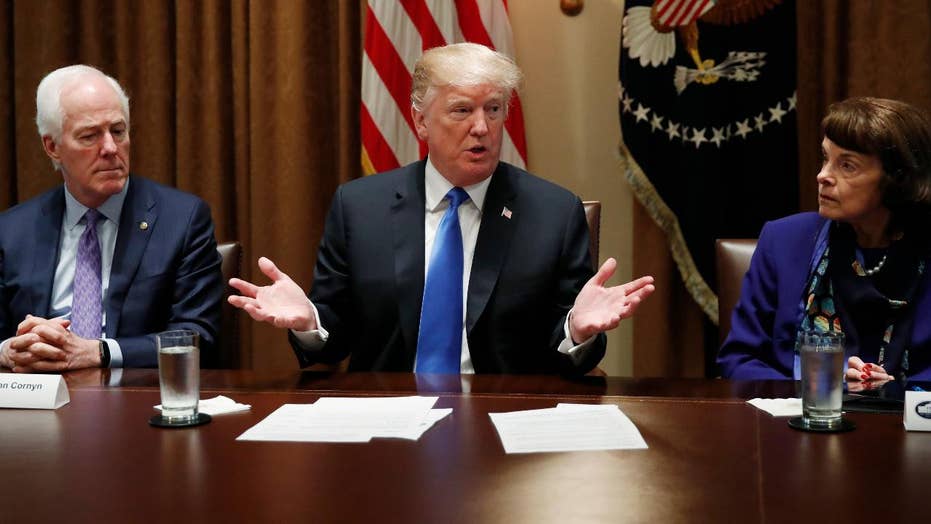 During a bipartisan meeting between Trump and lawmakers, the president issued new gun safety proposals to increase school safety. Here are the president's proposals.

President Trump has touched off new tensions with the National Rifle Association after urging Republican lawmakers not to be "afraid" of the powerful gun lobby and openly entertaining more gun restrictions during a rare public debate with Hill leaders.

During the televised discussion with bipartisan lawmakers on Wednesday, Trump said they and the NRA don’t “have to agree on everything.”

He proceeded to pitch a mix of gun control measures as well as proposals the NRA likes -- such as arming teachers. But his language, at times, was stunning coming from a Republican president.

'Take the guns first. Go through due process second.'

“Take the guns first. Go through due process second,” Trump said at the White House. “I like taking the guns early.”

Trump has long been comfortable defying conventional Republican policy tenets, working ever since his entry into the 2016 race to pull the party toward him -- on trade, on entitlements, on infrastructure and more.

If any GOP president could have the ability to test gun control positions without a devastating backlash from his base, it could be the president who once -- ironically -- bragged he could "shoot somebody" on Fifth Avenue and not lose votes.

Yet the NRA was one of Trump's biggest 2016 supporters, and has seemed taken aback. The group already has pushed back on his call to raise the purchase age for certain guns to 21. 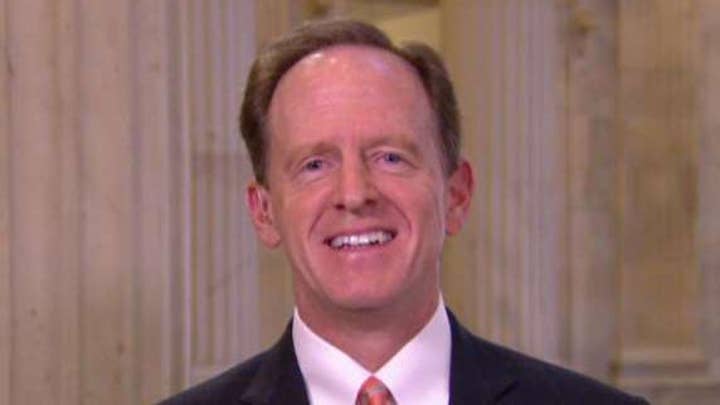 NRA spokeswoman Dana Loesch said Wednesdsay that Trump’s meeting with lawmakers “made for good TV” but “bad policy.” She said the organization is “in lock step” with the president on protecting children, but wants to “respect due process.”

“We’re talking about punishing innocent Americans and stripping from them constitutional rights without due process and making them pay for what the political class has done,” Loesch said on “The Story” with Martha MacCallum on Wednesday.

“The NRA is also going to protect due process for innocent Americans. That is an approach that we are going to hold to,” Loesch said. “We stressed this to the president. … It is a foundational principle of this country and due process must be protected and respected in terms of going around any solutions.”

The White House, meanwhile, plans to roll out specific policy proposals Thursday aimed at keeping guns out of the hands of people who should not have them.

Trump stresses that he and the NRA have a solid bond.

“I’m a fan of the NRA. There’s no bigger fan. I’m a big fan of the NRA,” Trump told lawmakers Wednesday. “These are great people, these great patriots. They love our country. But that doesn’t mean we have to agree on everything.”

Trump is expected Thursday to reiterate his support for a bill that bolsters the National Instant Criminal Background Check System, as well as the STOP School Violence Act, which gives grants for preventing school violence.

The president also doubled down Wednesday on his intent to get rid of “bump stocks,” saying they will “be gone shortly.” The firearm modifiers, which can make a semi-automatic weapon fire nearly as rapidly as a fully automatic machine gun, were used in the October 2017 Las Vegas Massacre, where 58 people were killed and hundreds more were injured.

“Many ideas, some good & some not so good, emerged from our bipartisan meeting on school safety yesterday at the White House,” Trump tweeted Thursday morning. “Background Checks a big part of conversation. Gun free zones are proven targets of killers. After many years, a Bill should emerge. Respect 2nd Amendment!”

Trump is also expected to call for changes Thursday to the FBI’s tipster program, amid revelations that the bureau received multiple tips about Nikolas Cruz, the teenager accused of killing 17 people at the Parkland, Fla. high school, but failed to stop him.

The president also said he wanted lawmakers “to come up with some ideas” and put them into a “very bipartisan bill.”