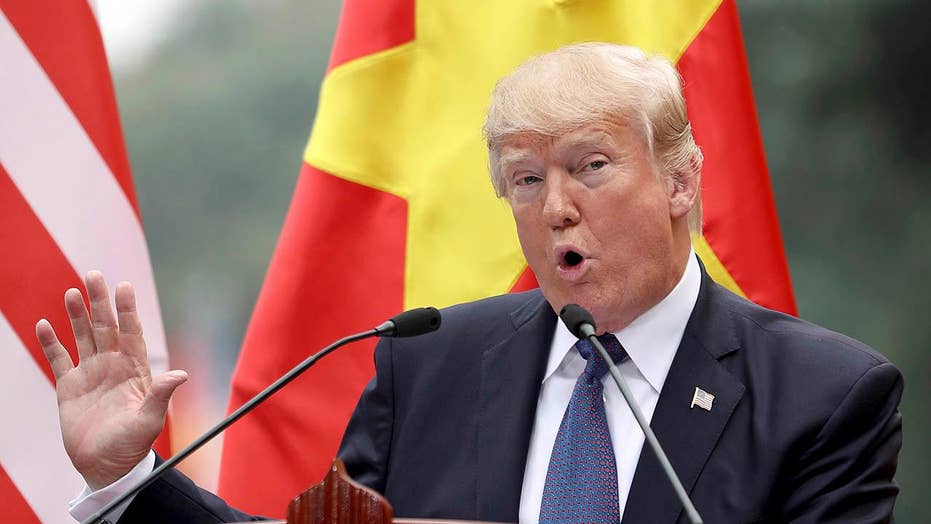 What message did Trump send allies, enemies while overseas?

Trump talked to Xi about the arrests during a state visit last week to Beijing, part of the president’s five-nation Asian trip. The news was first reported by the Washington Post.

The freshman players have been accused of stealing sunglasses from a Louis Vuitton store next to the team's hotel in Hangzhou.

Players LiAngelo Ball, Jalen Hill and Cody Riley have remained in China while the rest of the team has flown home to Los Angeles.

UCLA didn't immediately respond to a request for comment, The Associated Press reported.

Citing a source with firsthand knowledge of the investigation, ESPN reported the players could be in Hangzhou for "a week or two" while the situation is resolved. The source told ESPN there is surveillance footage of the players shoplifting from three stores inside a high-end retail center.

Xi has promised to look into the case and ensure, as Trump has asked, that the players be treated fairly and expeditiously, a U.S. official, who requested anonymity because of the sensitivity of the situation, told The Post.

Chief of Staff John Kelly has been in touch with the families of the players and spoken with UCLA coach Steve Alford, and Kelly remains in contact with Chinese authorities, the official told the paper.

The official was quoted as saying that the charges against the players have been reduced and that the case is proceeding toward a resolution.