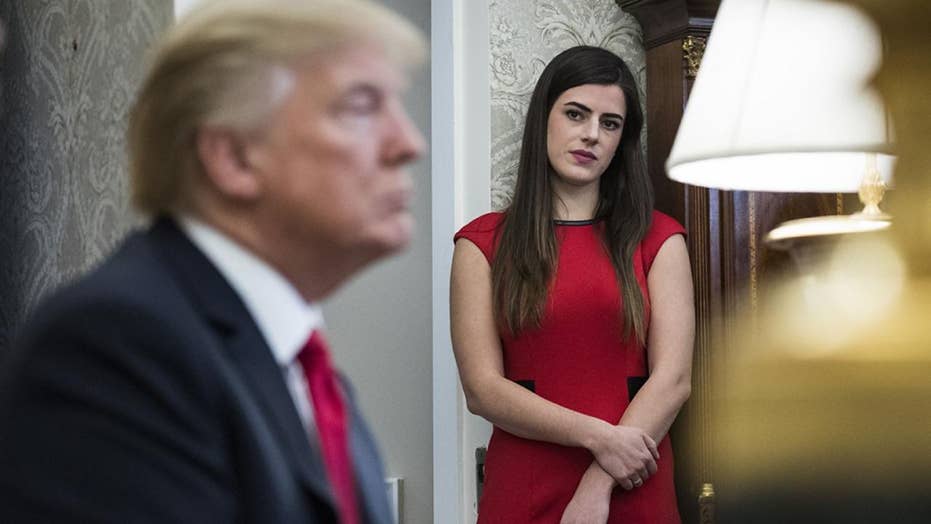 President Trump’s personal assistant, Madeline Westerhout, resigned from the White House amid allegations she shared private information about the president to reporters.

A personal assistant to President Trump who had been with the administration since Trump took office, Madeleine Westerhout, abruptly resigned Thursday, reportedly after it was determined she shared private information about the president with reporters.

Westerhout allegedly shared intimate details about the president's family and life during an off-the-record dinner with reporters near Bedminster, N.J., where Trump was on vacation. Her desk sat outside the Oval Office and she was often seen alongside Trump.

Madeleine Westerhout watches as President Trump speaks during a meeting with North Korean defectors in the Oval Office in this Feb. 2, 2018, file photo. (Photo by Jabin Botsford/The Washington Post via Getty Images)

Politico reported some White House officials had become wary of her as she tried to expand her role from personal assistant to include duties associated with foreign travel and other tasks.

One White House adviser told the outlet the breach of trust was "the final straw."

Westerhout, a former staffer with the Republican National Committee, joined the Trump team during the 2016 campaign. Her departure adds to the growing list of staffers and other Trump administration officials who have come and gone.

More than 60 percent of those with the title of assistant to the president left within the first 18 months.