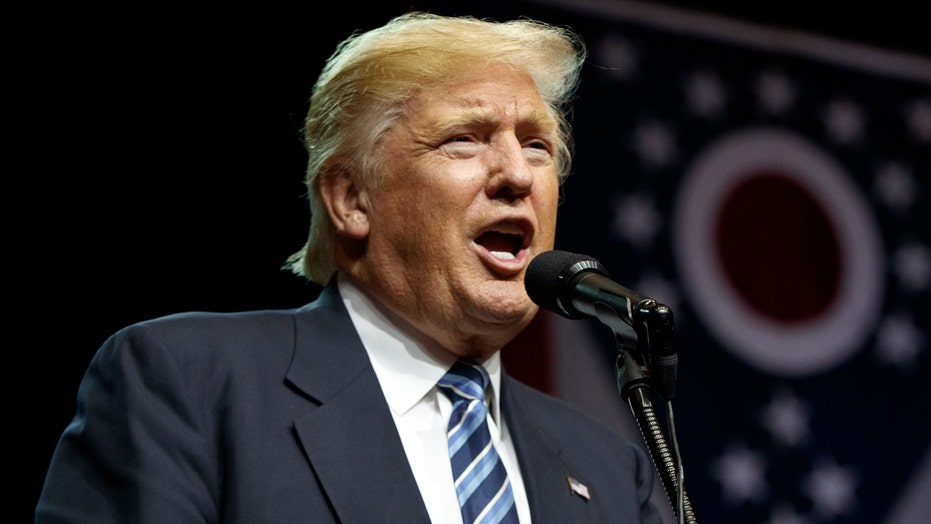 NEW YORK – Donald Trump outlined his vision for managing the nation's economy as president on Thursday, promising that his plans to lower taxes by $4.4 trillion over a decade and cut regulations would lead to booming growth, create millions of jobs and even cut into the nation's budget deficit.

"My plan will embrace the truth that people flourish under a minimum government burden and will tap into the incredible, unrealized potential of our workers and their dreams," Trump said in a speech to the Economic Club of New York.

The Republican nominee said his plans would raise the nation's economic growth rate to at least 3.5 percent, well above its current rate of about 2 percent, and create 25 million new jobs over the next 10 years.

For Trump's plans to succeed, they would have to overcome forces in the economy, such as rising automation, an aging population and low-wage competition overseas, that have led even conservative economists to say a 3.5 percent growth rate is an improbable goal.

The U.S. economy is already creating 2.5 million jobs a year, the same pace promised by Trump over the next decade.

The heart of Trump's plan is a revised tax code, which includes a pledge that no business should pay more than 15 percent of its income in taxes, down from the current 35 percent corporate tax rate. Few businesses now pay the full 35 percent rate, taking advantage instead of many deductions in the existing tax code.

He also proposed simplifying the U.S. tax code for individuals, reducing the current seven tax brackets to three: 12 percent, 25 percent and 33 percent of income after deductions.

Trump called for the elimination of what's known as the carried interest loophole, which is used by hedge funds and other investment funds to reduce their tax burden.

As president, Trump said he would cut the number of regulations imposed by the federal government, including some that are designed to combat climate change and protect the food Americans eat. The celebrity businessman said that "excessive regulation" costs Americans nearly $2 trillion a year.

Among those he plans to target: Environmental Protection Agency regulations for coal-fired power plants and standards for ground level ozone. His campaign also said he would target the Food and Drug Administration's "food police," and rules that govern "food production hygiene, food packaging, food temperatures."

Trump said he will lift restrictions on energy production, including offshore drilling, scrap trade deals like the North American Free Trade Agreement and the Trans-Pacific Partnership, and implement a child care plan, including six weeks of paid maternity leave, he outlined earlier this week.

While Trump said the economic growth and some limited spending cuts would fully pay for the cost of his tax cuts, and may even allow for a reduction in the nation's federal budget deficit, critics have said his economic proposals would add as much as $10 trillion to the nation's debt over the course of a decade.

The campaign disputes those estimates. To help offset the cost of the tax cuts, he said Thursday his administration would reduce non-defense, non-safety net spending by one percent of each previous year's total. Trump said that would reduce spending by $1 trillion over a decade.

He vowed to not cut defense spending and to exempt Social Security, Medicare, and Medicaid from any reductions. Yet if benefits to veterans are included as part of defense spending, the programs Trump places off limits for cuts make up nearly 70 percent of the federal budget, and it wasn't immediately clear how he would reach his spending cut goal with such programs off the table.

Such an approach also would conflict with House Speaker Paul Ryan plans for the federal budget, widely embraced by Republicans, that call for reining in the costs of programs such as Medicare and Social Security.