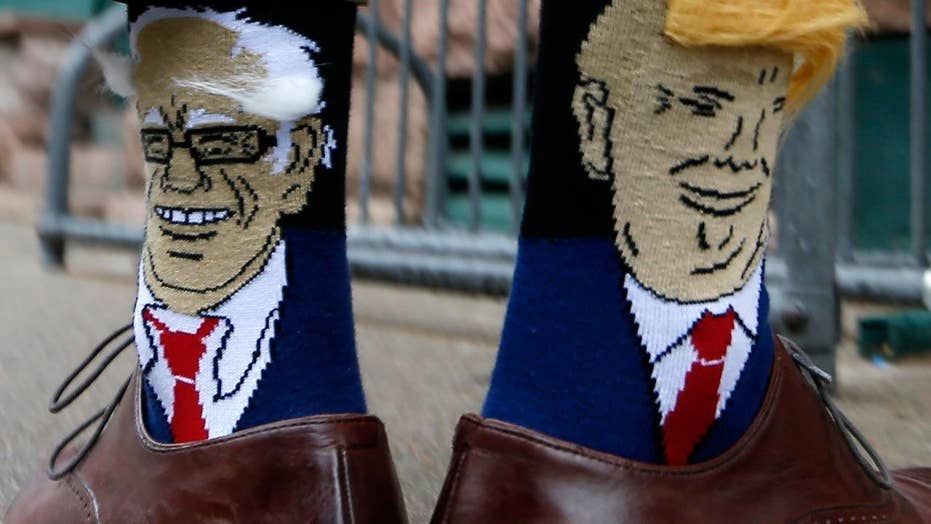 Looks like the debate of the century is off.

Donald Trump announced late Friday that he no longer wants to debate Democratic presidential candidate Bernie Sanders, after saying earlier this week he’d be willing to do it.

In a written statement, the presumptive Republican presidential nominee cited the “rigged” Democratic process – along with the fact that Sanders is almost certain to finish as their runner-up, and complaints about whether enough of the proceeds would go to charity – in turning down the debate proposal.

“Based on the fact that the Democratic nominating process is totally rigged and Crooked Hillary Clinton and Deborah Wasserman Schultz will not allow Bernie Sanders to win, and now that I am the presumptive Republican nominee, it seems inappropriate that I would debate the second place finisher,” Trump said.

“Likewise, the networks want to make a killing on these events and are not proving to be too generous to charitable causes, in this case, women's health issues. Therefore, as much as I want to debate Bernie Sanders -- and it would be an easy payday -- I will wait to debate the first place finisher in the Democratic Party, probably Crooked Hillary Clinton, or whoever it may be.”

Sanders teased Trump over the decision on the sidelines of a California campaign stop. He told reporters late Friday that the Republican comes across as a “tough guy” and asked, “What are you afraid of?”

Sanders later issued a statement saying: "I hope that he changes his mind once again and comes on board."

Earlier in the day, the Sanders campaign said they had two offers from TV networks to host a Sanders-Trump debate – both including a “major contribution to charity” – and were ready to do it.

“We are prepared to accept one of those offers and look forward to working with the Trump campaign to develop a time, place and format that is mutually agreeable,” Sanders campaign manager Jeff Weaver said. "Given that the California primary is on June 7, it is imperative that this all comes together as soon as possible.”

The feverish speculation about a Trump-Sanders showdown started when Trump said Wednesday on ABC’s “Jimmy Kimmel Live” he’d be willing to do it – if enough money went to charity.

Sanders immediately said he was up for the challenge. The Sanders camp was also eager to set up a debate after Clinton declined a Fox News invitation to a Democratic primary debate before the California contest.

Trump's proposal led to backchannel discussions about the possibility of a Trump-Sanders showdown. Trump as recently as Friday afternoon, at a campaign event in Fresno, Calif., said he wanted to face off against Sanders “so badly.”

He also said he wanted to give over $10 million for women’s charities but “networks want to keep money for themselves.”