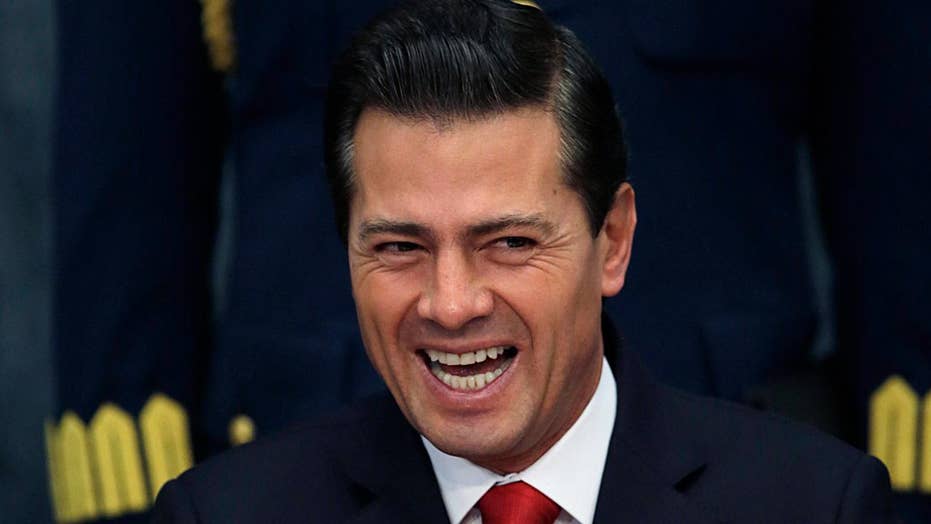 Does the US have a diplomatic crisis with Mexico?

President Donald Trump confirmed that he had a “very, very friendly” phone conversation with Mexican President Enrique Pena Nieto a day after rising tensions caused the cancellation of a meeting scheduled for next week.

During the fence-mending phone call, Trump said the two discussed building a “fair relationship,” but made clear there would be no backing down.

“I have been very strong on Mexico. I have great relations with Mexico,” said Trump during Friday afternoon press conference with British Prime Minister Theresa May.

“The United States cannot continue to lose vast amounts of business,” Trump declared, adding that America that under his leadership the U.S. will no longer be the country “that does not know what it is doing.”

The White House would not disclose who initiated the phone call nor whether the issue of Trump’s plans to build a wall along the U.S.-Mexico border and compel Mexico to foot the bill for its construction was raised.

“With respect to the payment for the border wall, both presidents recognized their clear and very public difference between their stances on this very sensitive issue,” said a statement released by President Nieto’s office.

“The presidents also agreed for now to not speak publicly about this controversial issue,” continued the statement.

The strong reaction from Mexico to the Trump administration’s commitment to constructing a border wall was a sign relations with Mexico may have reached a historic low.

President Trump sees a firmer hand on trade and immigration as leveling what has been an imbalanced playing field for American businesses, Mexico views the administration’s policies as a personal affront.

Mexican Secretary of Foreign Relations Luis Videgaray said on Thursday that next week’s summit could not go on if “the condition to have the meeting was for Mexico to pay for the border wall.”

"This is not about a negotiating strategy. This is about something that goes to Mexico's history, to Mexicans' pride," added Videgaray.

The White House received further blowback after spokesman Sean Spicer suggested placing a 20 percent tax on all imports from Mexico. Shortly after the proposal was floated, Spicer walked it back saying it was just one of the ways to pay for the wall.