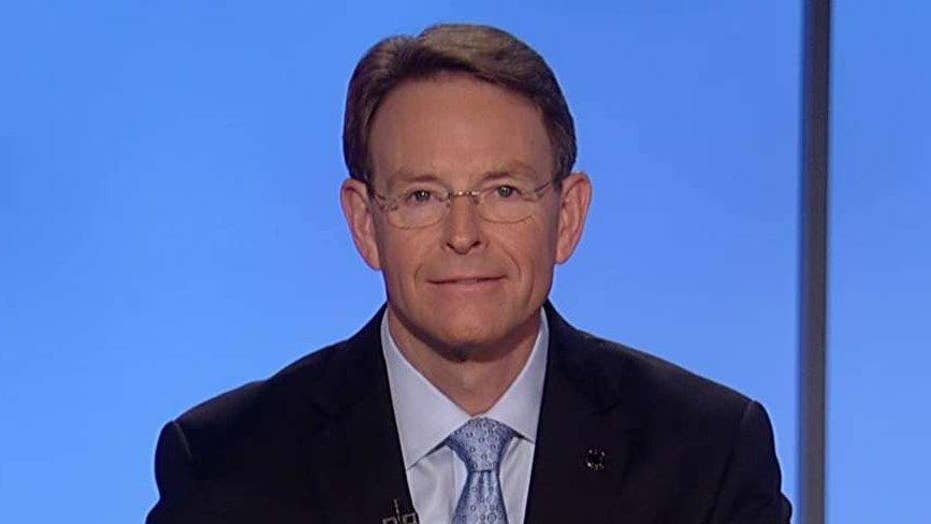 Donald Trump sat down with hundreds of evangelical and social conservative leaders Tuesday, in what was billed as an effort to address "long-standing concerns" about his candidacy, including on issues such as abortion and transgender rights.

The effort to heal any lingering rifts in the party comes at a pivotal time, just after he ousted campaign manager Corey Lewandowski and as a number of polls show him slipping against presumptive Democratic nominee Hillary Clinton.

Fox News was told the all-day event, called “A Conversation About America’s Future with Donald Trump and Dr. Ben Carson” at the Marriott Marquis in New York City, was to be attended by the presumptive Republican nominee for about two hours. During his time on the stage, Trump answered pre-selected questions from attendees and talked directly with former Arkansas Gov. Mike Huckabee and Rev. Franklin Graham.

Fox News was told the unprecedented gathering was coordinated as evangelical leaders have concerns and questions about Trump’s candidacy, especially to do with his stances on the pro-life movement, transgender issues and the question of religious liberty in the military and armed forces.

Some leaders have expressed concern that the meeting was being seen as an endorsement of coronation of Trump, and said this was not the case.

Iowa-based evangelical leader Bob Vander Plaats, who supported Ted Cruz  during the Iowa GOP caucuses, sent out a statement to his followers on Tuesday's meeting with Trump.

“We'll talk with Mr. Trump about the people he intends to surround himself with, his criteria for Supreme Court nominations, his convictions on life, marriage, religious liberty, and more,” Vander Plaats said.

Bill Dallas, head of the faith-based political non-profit United in Purpose, who co-organized the event along with Carson, told Fox News before the meeting that issues to be discussed included jobs, the economy, a strong military and Supreme Court picks.

Despite Trump's moderate stance on a number of social issues -- and his past divorces and marital infidelity -- Trump performed well in the primaries with the socially conservative evangelicals.

Even against rival Sen. Ted Cruz, R-Texas, who explicitly targeted evangelicals with a socially conservative campaign, Trump was carried to victory in states like South Carolina with a significant share of the evangelical vote.