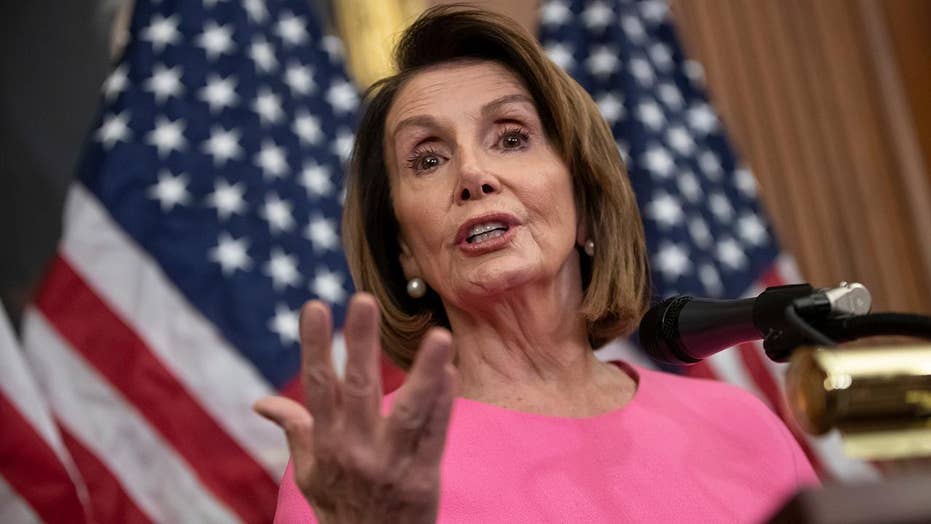 With Democrats set to reclaim control of the House in January and President Trump already infuriating them with the forced resignation of Attorney General Jeff Sessions, speculation is rampant over whether they will use that power to pursue impeachment against the president -- or even Supreme Court Justice Brett Kavanaugh.

House Minority Leader Nancy Pelosi, who wants to be speaker, has pushed back on pressure from the base to pursue impeachment, saying earlier this week "that's not what our caucus is about" even as Democratic lawmakers make clear they will pursue other investigations of the administration.

But that pressure from the left to wield the House majority to go after Trump has not gone away.

Billionaire Tom Steyer, who has floated the possibility of a 2020 presidential run and pumped millions into supporting Democratic congressional candidates, told CNN on Wednesday that House Democrats must confront what he called a “lawless” president.

He renewed his call for impeachment proceedings. Steyer months ago launched the “NeedtoImpeach.com” website and is one of the most prominent liberal advocates for ousting Trump.

Meanwhile, Democrats who called for further investigation into Supreme Court Justice Brett Kavanaugh over allegations of sexual misconduct (which he has denied) now have the power to pursue just that.

On Wednesday, The Federalist reported that House Judiciary Committee ranking member Rep. Jerrold Nadler, D-N.Y., was heard on a train to D.C. discussing going after Kavanaugh because “there’s a real indication that Kavanaugh committed perjury” during his confirmation hearings. However, the outlet reports that Nadler, who would be in line to take over the judiciary committee which handles impeachments, conceded it might not result in the best political outcome:

“The worst-case scenario — or best case depending on your point of view — you prove he committed perjury, about a terrible subject and the Judicial Conference recommends you impeach him. So the president appoints someone just as bad.” 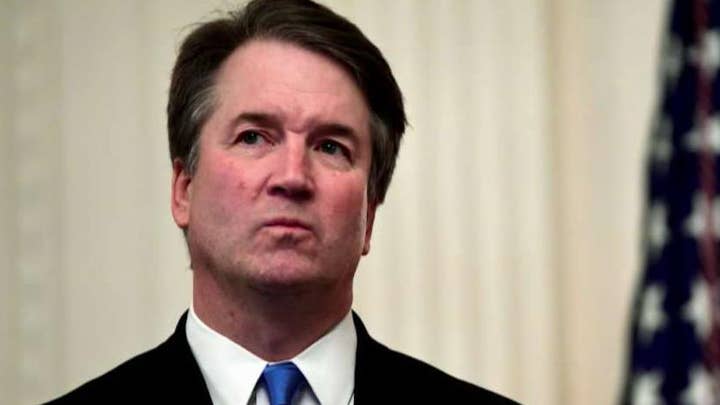 On Trump, Nadler reportedly said that much of what they intend to do would be “depending on what [FBI Special Counsel Robert] Mueller finds.” But he said that Russia investigations would be under a broad umbrella of holding Trump “accountable” since it’s a more palatable argument than impeachment, but that they would be going “all-in.”

Nadler's office did not immediately respond to a request from Fox News for comment.

“You want to talk about red-hot tone … it’s dangerous,” she said, citing the Nadler discussion and other examples.

Nadler also hinted at how Democrats would use their investigative power in his public statement on the forced resignation of Attorney General Sessions Wednesday, in which he warned that Trump “cannot take such action if it is determined that it is for the purposes of subverting the rule of law and obstructing justice.”

“If he abuses his office in such a fashion, then there will be consequences,” he said.

Others have joined in those calls.

“The American people like and respect fighters, and they have elected us to put a check on the executive branch,” said Rep. Ro Khanna, D-Calif., who, according to The Washington Post said he has been talking to his colleagues about pushing ahead with investigations of Trump, starting with his tax returns.

But Pelosi has urged caution on pushing impeachment -- instead calling for Democrats to focus on issues such as taxes and health care. In a press conference Wednesday, she said Democrats wouldn’t go looking for a fight, but would also investigate when they deemed it necessary.

“We do not intend to abandon or relinquish our responsibility -- Article I, the first branch of government and our responsibilities for accountability, for oversight and the rest. This doesn't mean we go looking for a fight, but it means that if we see a need to go forward, we will,” she said.

Any impeachment push in the House would not only carry political risks but face little chance of succeeding as long as the president's party stands by him -- given that the Senate, where Republicans padded their majority, has the power to convict or acquit.

However, she has said that unearthing Trump's personal tax returns would be "one of the first things we'd do," in an interview with The San Francisco Chronicle, calling it the "easiest thing in the world" to obtain them using statutory authority granted to congressional committees under the Internal Revenue Service code.

Trump has warned Democrats that he could fire back if they pursue such a tactic, as the Senate could start investigations of Democrats.

“They can play that game, but we can play better because we have a thing called the United States Senate and a lot of very questionable things were done, between leaks of classified information and many other elements that should not have taken place,” he said.