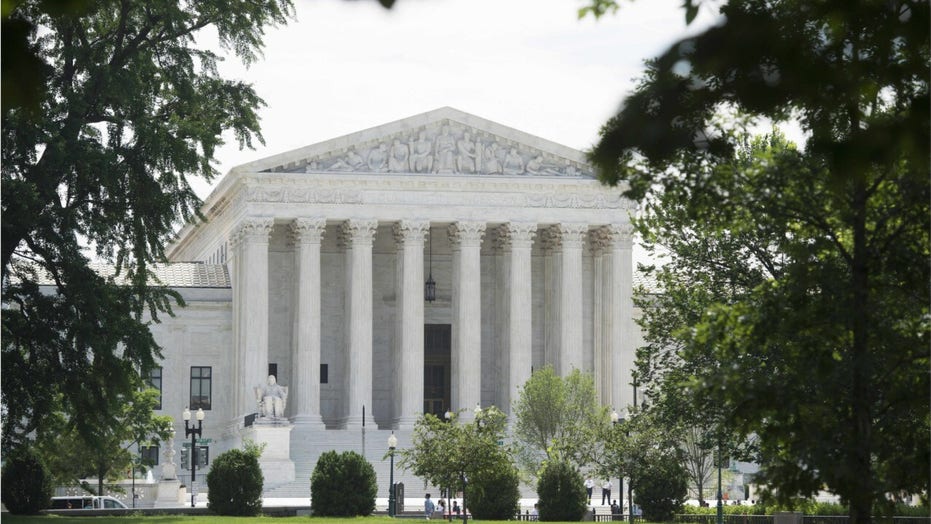 Here are some of the most pivotal and controversial rulings issued by the U.S. Supreme Court.

As the Supreme Court prepares to hear what could be historic arguments on abortion Wednesday, one of President Trump's judicial nominees has been busy working on the case -- through his current role at a D.C. law firm.

Stephen Schwartz, a 37-year-old Trump nominee to a 15-year term on the U.S. Court of Federal Claims, is a partner at Schaerr Jaffe LLP, a firm that works with governments, corporations and other entities on high-profile federal cases. Schaerr Jaffe has been working for Louisiana as it pursues a high-profile case defending its controversial abortion law that requires doctors performing the procedure to have admitting privileges at a nearby hospital.

Liberals opposing Schwartz's nomination have said that his involvement in the abortion case, along with his conservative writings while a college student at Yale and other cases he has worked on, "expose his far-right extreme agenda."

"In June Medical Services LLC v. Gee, which is currently pending before the Supreme Court, Mr. Schwartz represents the state of Louisiana and is defending the state’s anti-abortion law that would require physicians who perform abortions at clinics to have medically unnecessary hospital admitting privileges," the Leadership Conference for Civil and Human Rights said in a letter sent to senators.

Also citing Schwartz's past work on behalf of the craft store Hobby Lobby when it challenged a mandate in the Affordable Care Act that companies must provide insurance coverage for contraception, the letter continued: "To Mr. Schwartz, women’s equality should take a back seat to the interests of religious for-profit corporations when the two are in conflict."

It is, however, quite common for attorneys who have previously worked as advocates, particularly on controversial issues, to receive appointments to the federal bench.

Additionally, the U.S. Court of Federal Claims, an Article I court, does not have lifetime appointments like Article III courts, which include the U.S. District Courts and U.S. Courts of Appeals, the Supreme Court and the U.S. Court of International Trade. The Court of Federal Claims also primarily hears monetary claims against the federal government, meaning it does not deal with the kinds of hot-button issues that regularly circulate in Article III courts.

"For these left-wing groups to proclaim a five-alarm fire over a Court of Federal Claims nominee just shows you once again how hysterical they are over judicial nominations," Mike Davis, the founder and president of the pro-Trump Article III Project, told Fox News.

Judicial Crisis Network President Carrie Severino told Fox News that judges, even if they may have strong opinions on certain issues, are supposed to put aside those views and rule on the legal merits of a certain case when they get to the bench.

"While it's true that a number of President Trump's conservative appointees have worked on causes they are passionate about, as their judicial records clearly demonstrate, they are able to set their views aside because of their absolute commitment to the rule of law," she said. "This is often in stark contrast to the activist liberal judges they replace."

Schwartz's name appears on several briefs from Louisiana on the June Medical Services v. Russo case (the name of the respondent, the secretary of the Louisiana Department of Health, changed when its previous chief Rebecca Gee left her post and was replaced by Stephen Russo) as well as at least one motion.

In the most recent brief, which was filed on Feb. 20, Louisiana argues that the abortion provider suing Louisiana over its law does not even have the standing to bring its current case before the judiciary.

"[The] Plaintiffs seek to commandeer potential constitutional claims of women who may choose abortions," the brief says, "women who are not parties in this case who did not testify in the proceedings below or in the Legislature, who are the intended beneficiaries of the health and safety laws Plaintiffs seek to enjoin, and who may not want to see those laws enjoined at all" (emphasis original).

June Medical Services, which alleges that Louisiana's law flies in the face of a previous Supreme Court ruling that laws requiring admitting privileges for abortion doctors impose "an undue burden on women seeking abortions," says that Louisiana by default waived its right to challenge standing in the case because it did not bring up the issue in the case's earlier stages.

Schwartz was renominated to the Court of Federal Claims by the White House last year after a previous attempt to nominate him in 2017 made it out of the Senate Judiciary Committee but got sidetracked in a busy Senate.