The Trump administration announces an escalation in its trade fight with China with tariffs on up to $200 billion in Chinese imports; Rich Edson reports from the State Department.

President Trump announced Monday that he had ordered the imposition of 10 percent tariffs on an additional $200 billion worth of Chinese goods starting next week.

The tariffs will rise to 25 percent on Jan. 1 of next year. Trump added that if the Beijing government retaliates, he would pursue tariffs on another $267 billion in imports.

"As President, it is my duty to protect the interests of working men and women, farmers, ranches, businesses, and our country itself," Trump said in a statement. "My administration will not remain idle when those interests are under attack."

If the administration pursues what it calls "phase three" of the tariff strategy, it would raise the total value of affected Chinese goods to $517 billion -- covering nearly everything China sells the United States.

Trump already has imposed 25 percent tariffs on $50 billion in Chinese goods. China has retaliated in kind, hitting American soybeans, among other goods, in a shot at the president's supporters in the U.S. farm belt. Beijing has warned that it would hit an additional $60 billion in American products if Trump ordered more tariffs.

After a seven-week comment period, the administration announced that it had withdrawn several items from an earlier list of $200 billion in Chinese imports, including child-safety products such as bicycle helmets. And in a victory for Apple Inc. and its American customers, the administration removed smart watches and some other consumer electronics products from the list of goods imported from China.

At the same time, the administration said it is still open to negotiations with China.

"China has had many opportunities to fully address our concerns," Trump said. "Once again, I urge China's leaders to take swift action to end their country's unfair trade practices." 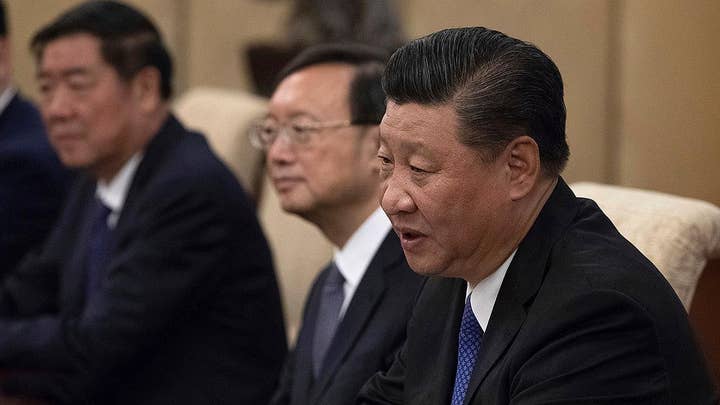 The two countries are fighting over Beijing's ambitions to supplant American technological supremacy. The Office of the U.S. Trade Representative charged in a March report that China is using predatory tactics to obtain foreign technology, including hacking U.S. companies to steal their trade secrets and forcing them to turn over their know-how in exchange for access to the Chinese market.

In May, in fact, it looked briefly as if Treasury Secretary Steven Mnuchin and Chinese Vice Premier Liu He had brokered a truce built around Chinese promises to buy enough American farm products and liquefied natural gas to put a dent in the trade deficit. But Trump quickly backed away from the truce.

In the first two rounds of tariffs, the Trump administration was careful to try to spare consumers from the direct impact of the import taxes. The levies focused on industrial products, not on things Americans buy at the mall or via Amazon.

By expanding the list to $200 billion worth of Chinese imports, Trump risks spreading the pain to ordinary Americans. The administration is targeting a variety of products -- from sockeye salmon to bamboo mats -- forcing U.S. companies to scramble for suppliers outside China, absorb the import taxes or pass along the burden to their customers.