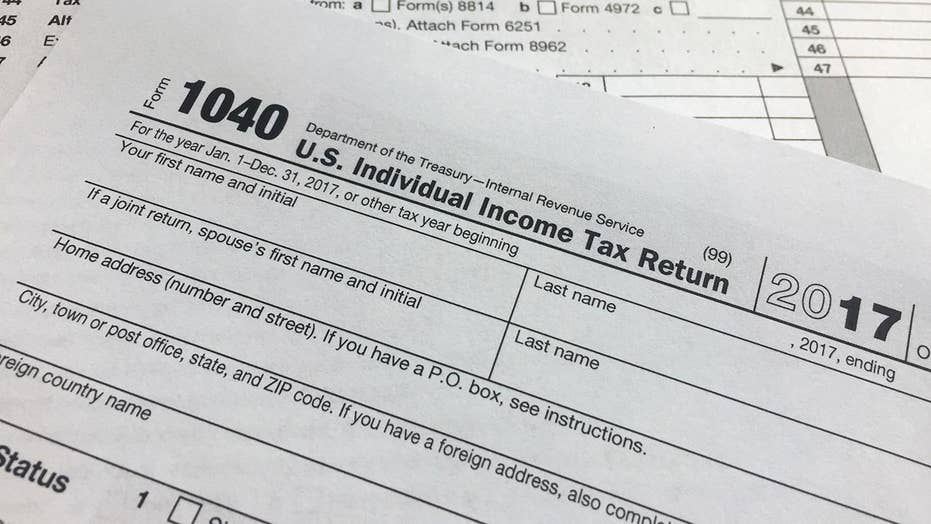 In 2019 the effects of President Trump's tax law will be more apparent; Peter Doocy reports from Washington.

President Trump has filed for an extension to submit his “complex” 2017 tax returns, the White House confirmed Tuesday.

“The President filed an extension for his 2017 tax return, as do many Americans with complex returns,” White House Press Secretary Sarah Sanders said. “He will file his tax return by the extension deadline of October 15, 2018.”

Tuesday was the deadline for Americans who didn't file for extensions to have their 2017 tax returns submitted.

During Trump’s campaign for the Oval Office, the then-candidate faced a swath of criticism for not releasing copies of his tax returns. The former businessman refrained from making his filings public, saying they were under audit by the Internal Revenue Service (IRS), and said he’d release them once the review was complete.

Even after winning the White House, Trump continued to face pressure to release his returns, including from protesters across the nation on Tax Day in 2017.

Meanwhile, Americans hoping to file their income taxes electronically on Tuesday hit a bit of a snag, as some of the services on the IRS website were not working throughout the day.

The agency acknowledged the issue, saying it was “experiencing technical difficulties.”

“Currently, certain IRS systems are experiencing technical difficulties,” a statement from the IRS said. “Taxpayers should continue filing their tax returns as they normally would.”

However, U.S. Treasury Secretary Steve Mnuchin, who oversees the IRS, told reporters in New Hampshire that those affected will be given extensions.

"We'll make sure taxpayers have extensions once the system comes up to make sure they can use it and it in no way impacts people paying their taxes," Mnuchin said. "It was just a technical issue we're working through. A high volume technical issue that impacted the system."