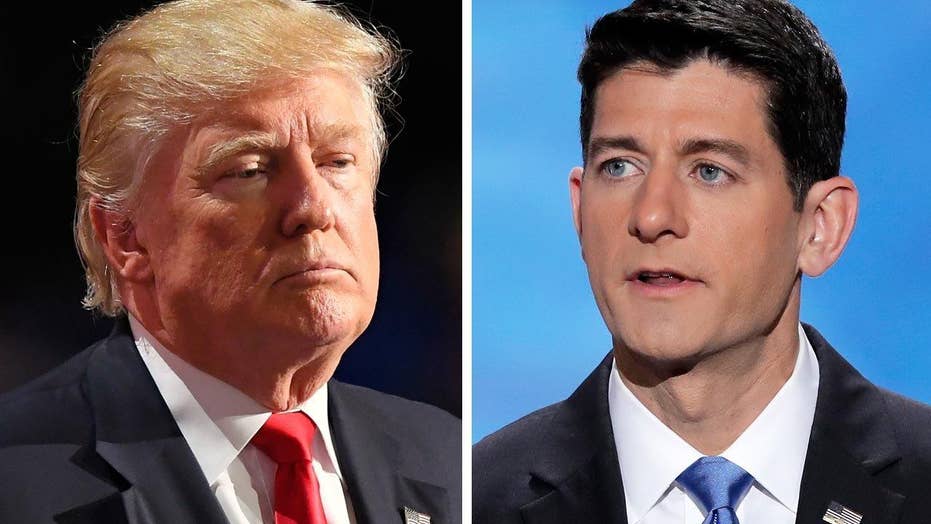 Trump announced his endorsements at an event in Ryan's home state of Wisconsin four days before the Speaker faces challenger Paul Nehlen in a primary election.

Appearing to read from a prepared statement, Trump called Ryan "a good man" and "a good guy."

"We will have disagreements," Trump said. "But we will disagree as friends and never stop working together toward victory and real change."

"I need a Republican Senate and a House to accomplish all the changes we have to make," added Trump, who also said "my 80 percent friend is not my 20 percent enemy," a phrase often attributed to Ronald Reagan.

Nehlen issued a statement calling Trump's endorsement of Ryan "appropriate" and "a display of true leadership" as the Republican nominee. However, Nehlen also said that Trump's initial refusal to back Ryan "sent a clear signal to Wisconsin voters that Ryan is not his preferred candidate in this race" and claimed the Speaker had "undermined our nominee at every turn."

Trump initially refused to back Ryan in an interview with The Washington Post earlier this week.

Trump’s phrasing echoed statements Ryan had made in May, when the Speaker said of endorsing Trump, "I'm just not ready to do that at this point. I'm not there right now."

While giving Trump his support, Ryan has frequently been critical of some of the billionaire’s most controversial statements. On Thursday, he said that it was “distressing” that Trump hadn’t spent more time focusing on Democratic nominee Hillary Clinton.

Trump’s running mate, Indiana Gov. Mike Pence, had endorsed Ryan Thursday, and said he had been encouraged to do so by Trump.

Trump also said earlier this week that he had "never been a big fan of John McCain." The 79-year-old McCain, who Trump has disparaged in the past, faces two primary opponents later this month.

On Friday, however, Trump said he held McCain "in the highest esteem" and "I fully support and endorse his re-election."

Trump also endorsed Ayotte, calling the New Hampshire senator "a rising star." On Tuesday, Trump told the Post that Ayotte had given him "no support — zero support," later adding "We need loyal people in this country. We need fighters in this country. We don't need weak people."