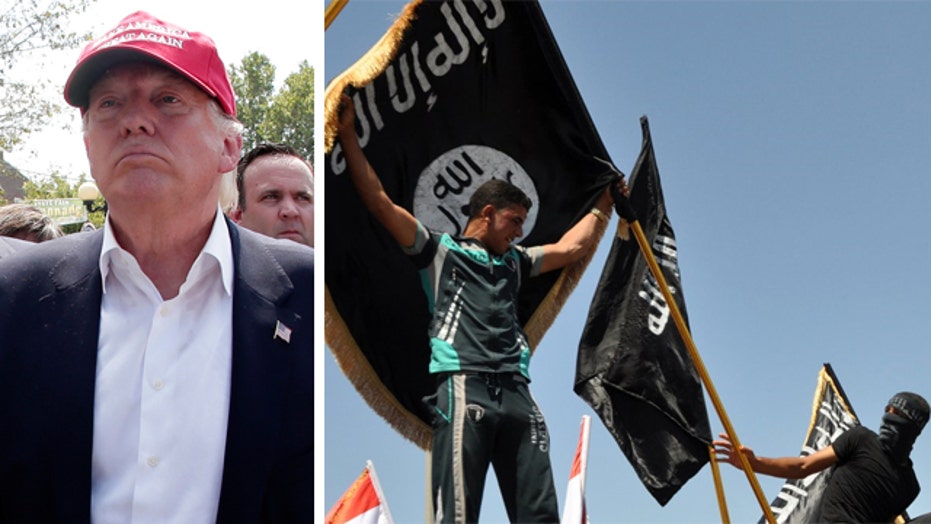 Republican presidential candidate Donald Trump on Sunday released details on his domestic and foreign policy plans, including perhaps using U.S. ground troops to fight Islamic State militants, after weeks of criticism that his campaign has been short on specifics.

Trump entered the race in mid-June, making him among the last in the 2016 presidential race to say exactly what he would do, if elected, about such issues as illegal immigration, Islamic extremist groups and continued funding for Planned Parenthood.

The billionaire New York real estate tycoon and former reality TV star announced his plans on his website and on NBC’s “Meet the Press.”

Trump said he also would demand money from Middle East countries supported by the United States to help pay for the fight against extremist groups.

He said the key is to take away the wealth of Islamic State militants and other extremists by taking back the oil fields under their control in Iraq and that such a move could require ground troops.

“We send our ships. We send our planes,” he told NBC. “We get nothing. Why? They're making a billion a day.”

On domestic policy, Trump, who is shown in most polls to be leading the crowded GOP field of 17, said he would consider shutting down the federal government over funding for Planned Parenthood.

He says he isn't sure whether he has donated money to the organization in the past, but adds that he would oppose providing federal funds if it continues providing abortion services.

Some Capitol Hill Republicans have talked recently about de-funding the group since secretly recorded videos exposed the group’s involvement in the legal but controversial selling of aborted fetus tissue for research.

Trump says he would ask nominees to the Supreme Court about their views on abortion and would take their views into consideration as he made a decision on whom to nominate. He says he opposes abortion except in case of rape, incest and to save the life of the mother.

He told “Fox News Sunday” that life begins when conception occurs and argued he doesn’t condone abortions in cases of rape and incest, instead calling for administering a drug that prevents ovulation.

Most all of the other major candidates have also announced at least the frameworks of their domestic and foreign policies.

On Sunday, Trump also calling the nuclear agreement forged between Iran and world powers -- including the U.S. -- "a bad deal."

He argued that Iran will have nuclear weapons and take over parts of the world, saying, “I think it's going to lead to nuclear holocaust.”

Trump also said he wants to end birthright citizenship, rescind President Obama's executive orders on immigration and deport those in the U.S. illegally while providing an expedited return process for "the good ones."

Trump also stuck by the vow he made when announcing his campaign that if elected he would build a wall along the southern U.S. border and have Mexico pay the cost.

“The cost of building a permanent border wall pales mightily in comparison to what American taxpayers spend every single year on dealing with the fallout of illegal immigration on their communities, schools and unemployment offices,” Trump said on his website. “Mexico must pay for the wall.”

He vowed several consequences until Mexico pays for the wall, including an increase of fees on all temporary visas issued to Mexican chief executives and diplomats and at ports of entry to the U.S. from Mexico.