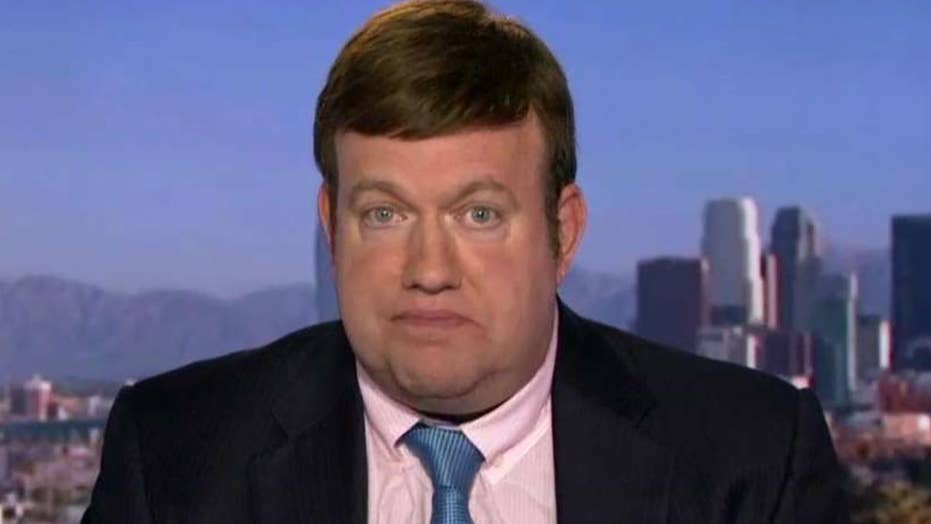 Luntz: Public is far more concerned with economy than Russia

Conservative pollster Frank Luntz reconciled his 2015 public row with Donald Trump, saying Tuesday that he now owes the president an apology after his State of the Union address.

“Tonight, I owe Donald Trump an apology. Tonight, I was moved and inspired. Tonight, I have hope and faith in America again. It may go away tomorrow. But tonight, America is great again,” Luntz wrote in a series of tweets.

“Even in foreign policy and national security this speech (is) a perfect blend of strength and empathy. These heroic stories break our hearts, but sturdy our resolve. This is the Trump his voters wanted him to be,” Luntz continued.

"This is the Trump his voters wanted him to be."

— Pollster Frank Luntz, reacting to the president's State of the Union address

The pollster’s praise for Trump did not stop there. He added that Trump's SOTU address “represents the presidential performance that Trump observers have been waiting for — brilliant mix of numbers and stories, humility and aggressiveness, traditional conservatism and political populism.”

“Only one word qualifies: Wow,” Luntz wrote, admitting in another tweet that he has “criticized the President’s language a lot in recent months.

Luntz, a former Fox News contributor, famously got into the public spat with then-candidate Trump in 2015 after he ran a focus group following the first Republican presidential debate that torched Trump’s prospects of becoming the Republican nominee for president.

Trump accused the top Republican pollster – describing him as “unfair” and “terrible” – of running biased focus groups because he once refused to hire Luntz’s research firm for the campaign.

"This has been going on, he's putting the arm on me all the time, and then he does these polls that are totally in violation of every other poll that was done," Trump told Business Outsider back then.

"I watch this guy do a really negative report on me, and the only reason he did it, in my opinion, is because I didn't want to hire him commercially.”

Luntz denied the accusations at the time, saying he was focused only on conducting accurate focus groups, noting that Trump "launches an attack on everyone who is even remotely critical."

"If the group had said Donald Trump won this debate ... I would be the world's greatest pollster," Luntz told the publication. "Because it didn't, I'm not."

During the presidential election night in 2016, Luntz asked not be called a Republican anymore because of Trump. “I am not part of this,” he told a Yahoo News host.

But not everyone accepted Luntz’s embrace of Trump. MSNBC’s "Morning Joe" co-host Mika Brezezinski, who had the pollster on the show Wednesday, criticized him for asking why people cannot give deserved credit to Trump.

“I think because he’s literally screwed everybody in that room over a few times too many. He’s been vulgar,” she said. “He’s been racist and accused one of the senators in that room of giving sexual favors for money. He’s insulted the wife of a Republican senator in that room in the worst way possible.”

She added: “You tell me that that room is supposed to respond like this (begins clapping her hands) to the great dictator.”