While Democrats in Congress have been conducting impeachment hearings in recent weeks, President Trump has been filling judicial vacancies in the federal court system at a rapid clip – and that appears to have potential 2020 opponent Joe Biden worried.

“Look at how the federal court system is changing,” Biden told a group in Las Vegas on Tuesday night, according to a reporter for ABC News. “Four more years of the same kind of appointments, you’re going to see a court system that is fundamentally, for two generations, locked in a way that’s a death grip that does not make any sense.

“It’s as if Robert Bork would be the chief justice, God rest his soul,” Biden added, referring to the Ronald Reagan Supreme Court nominee whose appointment Democrats blocked in 1987. Bork died in 2012 at age 85.

In a 53-40 vote Tuesday, the U.S. Senate confirmed Trump appointee Patrick Bumatay, a San Diego federal prosecutor, to a seat on the 9th U.S. Circuit Court of Appeals, making him the 49th circuit appointee to be confirmed under the Trump administration, the San Diego Union-Tribune reported.

Trump was able to get Bumatay confirmed to the San Francisco-based court despite opposition to the nomination from California’s two Democratic U.S. senators, Dianne Feinstein and Kamala Harris.

Bumatay, 41, a son of Filipino immigrants, is openly gay and is raising twin daughters with his husband, the newspaper reported.

The Senate is expected to vote on another 9th Circuit nominee -- Lawrence Van Dyke, a former solicitor general for Nevada – on Wednesday, potentially giving Trump another appointee on the traditionally liberal-leaning court, the Union-Tribune reported.

When the Senate confirmed a Trump pick for the 11th Circuit Court of Appeals in late November, that court became the third to shift to a Republican-appointed majority since the president took office in January 2017.

In an 80-15 vote, the Senate confirmed Barbara Lagoa to the 11th Circuit seat previously held by Judge Stanley Marcus, a Clinton appointee who sat on the appeals court that handles cases from Florida, Georgia and Alabama since 1997. 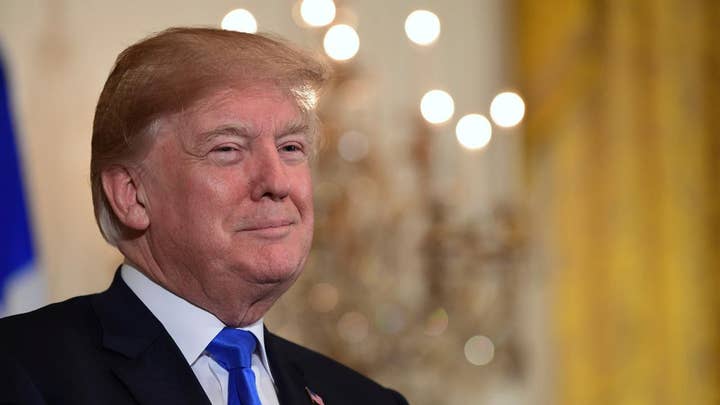 Lagoa, the first Cuban-American woman confirmed to the 11th Circuit, tilted that court, which was previously split between six Republican appointees and six Democratic appointees, to a GOP-appointed majority.

Trump's nominees alone now hold five of the 12 seats on the 11th Circuit.

During the previous week, confirmation of Steven Menashi, Trump’s pick for the 2nd Circuit, flipped that court to a Republican majority.

Lagoa was Trump's 48th nominee confirmed to a circuit court seat, giving the president double the number of circuit judges then-President Barack Obama had gotten through by the same point in his presidency, according to a count by the Heritage Foundation.