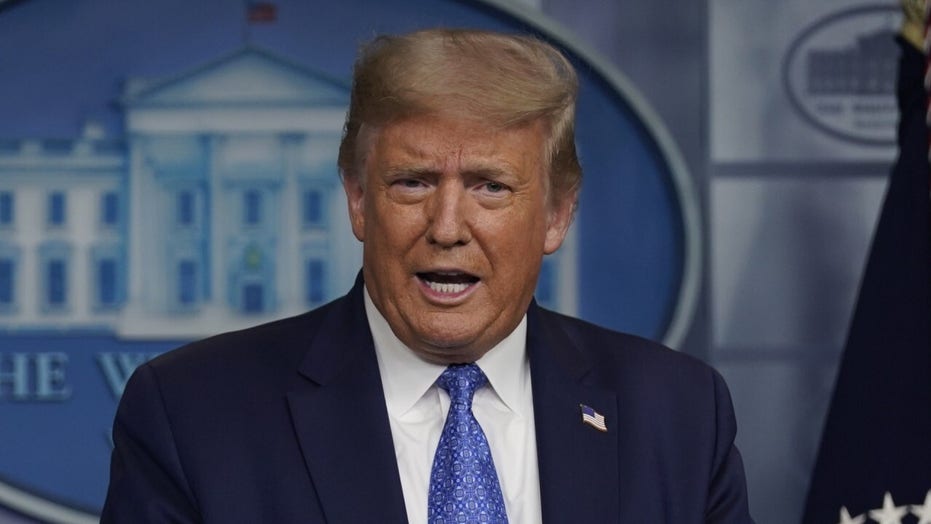 President Trump, pushing for schools across the country to reopen in the fall, said during a coronavirus briefing he would be comfortable sending his son and grandchildren back to school in the fall.

"Regarding the children in your family, your son and grandchildren, are you comfortable, do you plan to have them back in person in school?" ABC News reporter Jon Karl asked during the White House press conference.

“Yeah, well I am comfortable with that,” the president responded.

Trump added that his administration has a national strategy to help schools reopen in the fall but “ultimately it’s up to the governors.” He said that there are “great statistics” regarding young people and safety during the coronavirus pandemic.

“I would like to see the schools open, open 100 percent, we’ll do it safely, we’ll do it carefully,” Trump said, adding that children have “very strong immune systems.” 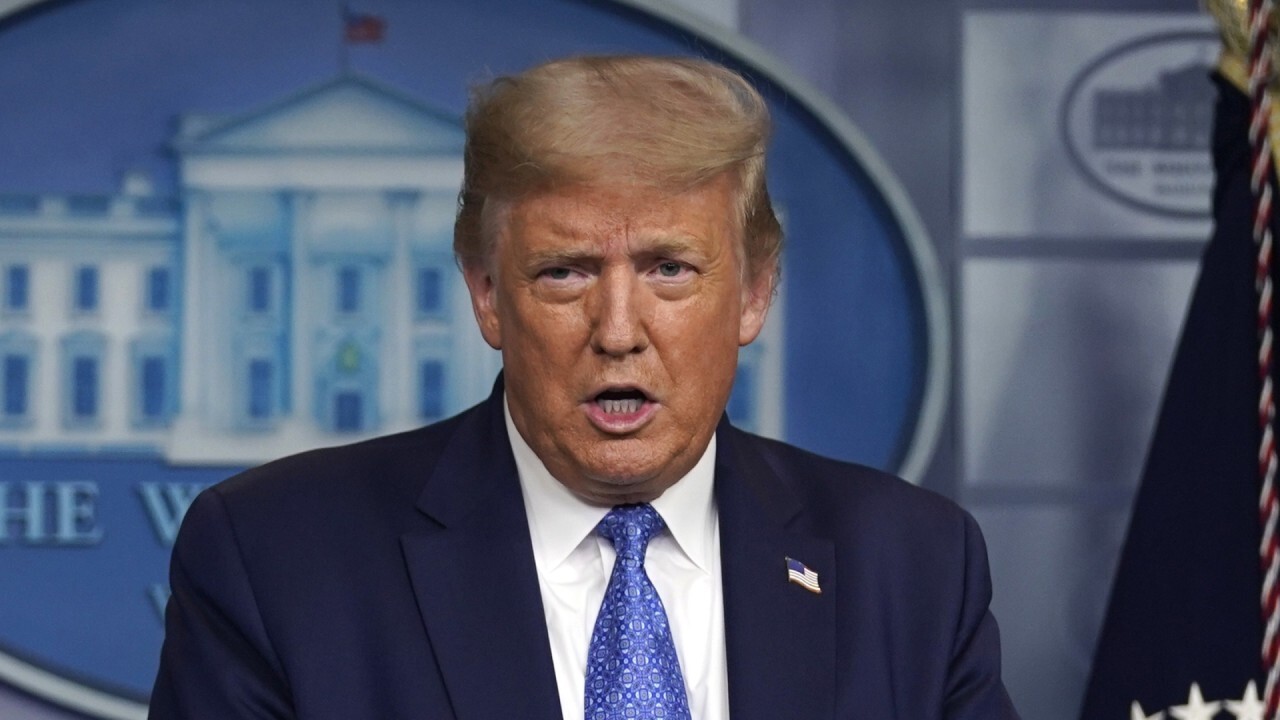 The president said his administration was studying whether kids transmitted the virus easily and would report back next week.

“They do say they don't transmit very easily, but we're studying very hard that particular subject so they don’t bring home with them,” Trump said. “We’re reporting over the next week.”

Trump has long demanded schools reopen in the fall as much of the country is facing a spike in coronavirus.

Taking to Twitter to voice his frustration, Trump argued that countries including Germany, Denmark and Norway have reopened schools “with no problems.” He also repeated his claim that Democrats want to keep schools closed for political reasons and not because of risks associated with coronavirus.

“The Dems think it would be bad for them politically if U.S. schools open before the November Election,” Trump said, “but is important for the children & families. May cut off funding if not open!”

Among those pushing for a fall reopening was the chief of the Centers for Disease Control and Prevention. But Trump on Wednesday said the agency’s school guidelines are “very tough & expensive.”

“While they want them open, they are asking schools to do very impractical things. I will be meeting with them!!!” Trump wrote on Twitter.

The CDC’s director, Dr. Robert Redfield, had emphasized that his agency’s guidelines were only recommendations, and he urged schools to find ways to reopen while minimizing the spread of COVID-19.

“Nothing would cause me greater sadness than to see any school district or school use our guidance as a reason not to reopen,” Redfield said.

However, the White House blocked Redfield from testifying before Congress next week regarding how to safely reopen schools.

"The president has said that he's willing to consider additional aid in order to help reopen the schools," Kudlow told FOX Business.

"If we don't reopen the schools," Kudlow said, "that would be a setback to a true economic recovery. So let's not go there. Let's use some American ingenuity and common sense to get the schools open."