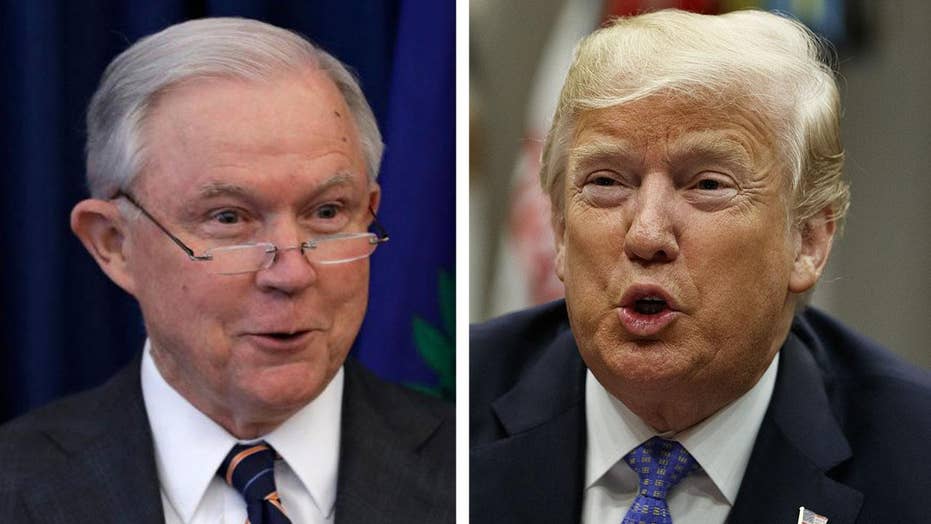 Jeff Sessions continues to draw President Trump's ire for recusing himself from special counsel Robert Mueller's Russia Probe, a decision made a mere six weeks into the Trump presidency; Kevin Corke reports from the White House.

President Trump on Saturday tore into his embattled Attorney General Jeff Sessions again, claiming that he “doesn’t understand what is happening” underneath him at the Justice Department -- the latest marker in the pair’s deteriorating relationship.

“Jeff Sessions said he wouldn’t allow politics to influence him only because he doesn’t understand what is happening underneath his command position,” he tweeted Saturday, before alleging that the result is that FBI Special Counsel Robert Mueller’s Russia probe is ignoring “real corruption.”

“Highly conflicted Bob Mueller and his gang of 17 Angry Dems are having a field day as real corruption goes untouched,” he said. “No Collusion!”

Trump has long fumed about Sessions’ decision last year to recuse himself from overseeing the Russia probe due to his involvement in the Trump campaign. On Thursday, Trump said in an interview with Fox & Friends that Sessions had “never taken control” of his department and again railed at his decision to recuse himself.

“But when everybody sees what’s going on in the Justice Department -- I always put ‘justice’ now with quotes -- it’s a very, very sad day. Jeff Sessions recused himself, which he shouldn’t have done. Or he should have told me,” Trump told Fox News’ Ainsley Earhardt.

“Even my enemies say that Jeff Sessions should have told you that he was going to recuse himself and then you wouldn’t have put him in. He took the job and then he said I’m going to recuse myself. I said, ‘what kind of a man is this?’” he said.

But Sessions shot back at those remarks in a written statement.

“I took control of the Department of Justice the day I was sworn in, which is why we have had unprecedented success at effectuating the President’s agenda—one that protects the safety and security rights of the American people, reduces violent crime, enforces our immigration laws, promotes economic growth, and advances religious liberty.”

He went on to say, “While I am Attorney General, the actions of the Department of Justice will not be improperly influenced by political considerations.”

Trump’s comments seem to be sparked in part by the conviction of former Trump campaign chairman Paul Manafort this week, which arose from the Mueller probe.

Despite the attacks, which have led to widespread speculation that Trump will fire his attorney general, Sessions has been leading the way on a number of key parts of Trump’s agenda -- including a cracking down on the opioid crisis and focusing on immigration enforcement. 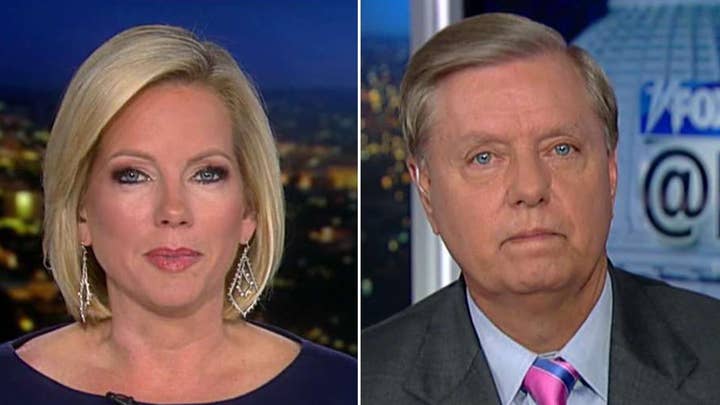 Trump has been happy to stoke speculation that he will eventually remove Sessions. On Saturday he tweeted a quote from Sen. Lindsey Graham, R-S.C., who said on “Fox News @ Night” that the AG serves “at the pleasure of the President.”

“Every President deserves an Attorney General they have confidence in,” Graham said. “I believe every President has a right to their Cabinet, these are not lifetime appointments. You serve at the pleasure of the President.”