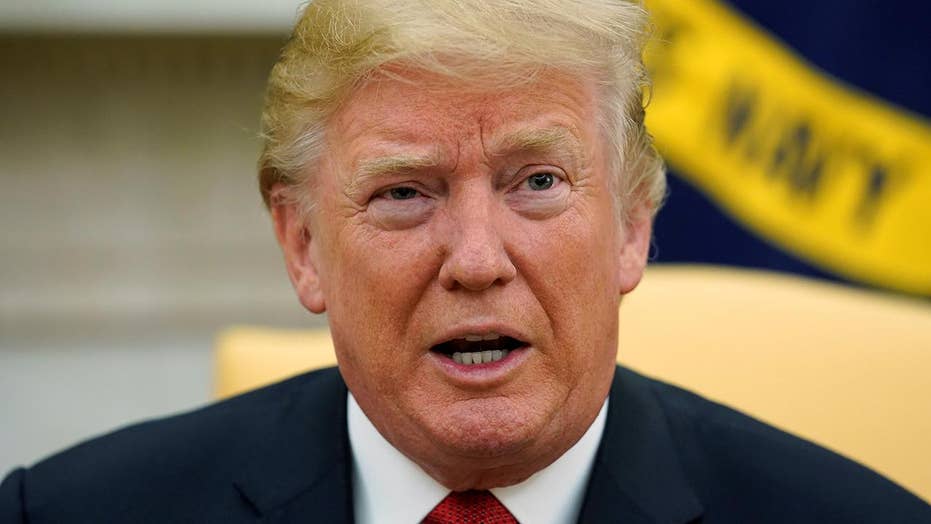 New report from the Departments of Justice and Homeland Security reveals that nearly three out of four individuals convicted on international terrorism charges in the U.S. were foreign-born; reaction from GOPAC chairman David Avella and Capri Cafaro, former Democrat minority leader in the Ohio State Senate.

President Donald Trump on Tuesday used a new report from the Departments of Justice and Homeland Security — revealing that nearly three out of four individuals convicted on international terrorism charges in the U.S. were foreign-born — to call for immigration reform.

The DHS and DOJ released the report  to “be more transparent with the American people,” abiding by the guidelines of Trump’s March 6 executive order, more commonly known as the travel ban.

According to the report, at least 549 people were convicted of international terrorism-related charges in the U.S. between September 11, 2001 and December 31, 2016. Of those convicted, 254 were not U.S. citizens, 148 were foreign-born and received citizenship and 147 were citizens by birth.

Trump reacted to the report by tweeting: “We have submitted to Congress a list of resources and reforms we need to keep America safe, including moving away from a random chain migration and lottery system, to one that is merit-based.”

The president has made it clear in recent meetings on immigration with lawmakers from both parties that he wants to end the visa lottery program, aimed at increasing immigrant diversity, and chain migration, when immigrants enter the U.S. through sponsorship from family members already settled in the country.

The report also found that from October 1, 2011 to September 30, 355,345 non-U.S. citizens were arrested by Immigration and Customs Enforcement for the purpose of deportation after being convicted of an “aggravated felony” or two or more felony offenses. In addition, 370,098 non-U.S. citizens were deported for the same offenses during that time period.

A senior administration official said Tuesday that the report “is part of the administration’s efforts to illuminate basic statistics that should be at the hands of the American people to inform public discourse on the issue,” The Hill reported.

"We have immigration, we want immigration, but we want to vet these people," Sessions said. "We want to know who they are and make sure they're going to be productive people, people who will flourish in America, who are going to not be terrorists, not be criminals and that’s exactly correct for America."

Sessions added that the U.S. should "tighten up on our admission of people from dangerous areas of the globe, where we can’t vet, where we have high numbers of terrorists that live in those areas. We should certainly be more careful and limit that kind of immigration."