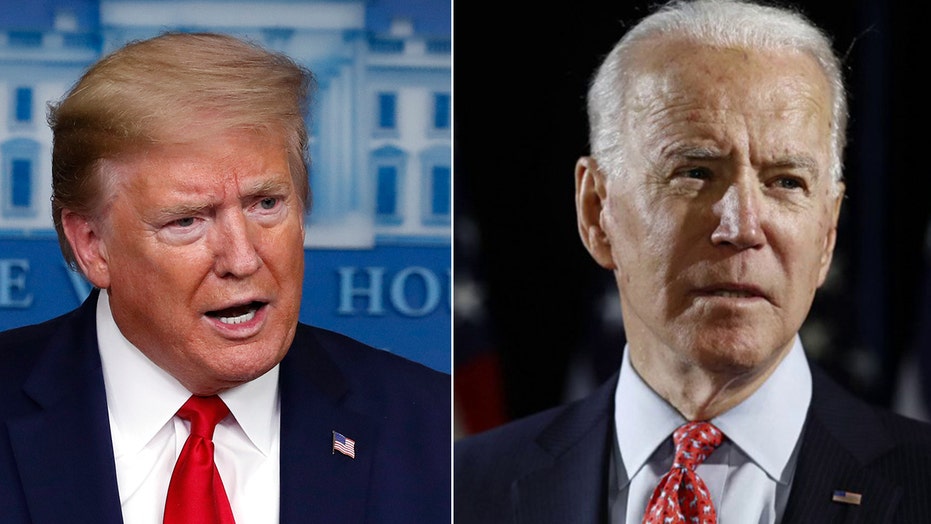 The Trump campaign fires back after Joe Biden says he thinks the president will try to 'kick back' the November election; Peter Doocy reports.

The Republican National Committee and President Trump’s reelection campaign haven’t “missed a beat” due to the coronavirus outbreak when it comes to grassroots outreach, RNC officials said.

Party officials told Fox News that since transitioning to virtual and digital efforts on March 13, Trump Victory – the name of the combined field efforts of the national party and the president’s reelection campaign – has made over 20 million voter contacts and added more than 300,000 new volunteers. The national party committee also highlighted that Trump Victory’s strategic initiative teams, which are leading the charge, have held 100 virtual events since mid-March, with over 4,000 attendees from across the country.

As most Americans are practicing social distancing and huddling in their homes in order to slow down the spread of the coronavirus, traditional face-to-face grassroots outreach and campaigning has ground to a halt, with the national political parties and campaigns using virtual and other online methods to reach out to supporters and potential supporters.

“We may not be walking neighborhoods right now, but we are still being invited into voters’ homes. Our ability to continue to engage with thousands of supporters and volunteers virtually is both a testament to the relationships we have built over the past several years within these communities and their support for the work our President and Party are doing on their behalf,” RNC Chairwoman Ronna McDaniel said.

The RNC spotlighted that they made the switch to virtual campaigning in the span of 24 hours. And they tout that "Trump Talk" – a voter contact tool that allows volunteers to make calls from their own homes – was instrumental in making the transition.

They also highlighted that over 1 million volunteers have been activated and engaged. This past weekend Trump Victory made 4 million voter contacts during what it called a National Weekend of Action, RNC officials said.

One of the examples of outreach is the "Moms Night In" event, in which dozens of women make empowerment calls. Party officials also highlighted to Fox News that during one such phone bank, an 87-year old volunteer from Maryland who had just learned how to use the Internet stayed up that night making 150 calls to voters using the Trump Talk tool.

The RNC spotlighted virtual outreach to African-American, Hispanic, APA, and faith and youth communities, as well veterans and sportsmen groups.

And they touted that 13 Trump Online shows this month averaged over 1 million views each.

“The Trump Campaign has always had a significant advantage because of our early and ongoing investment in data and technological infrastructure that began in 2015. Because of those advantages, our coalitions have been able to harness, access, and reach out to millions of people online during the coronavirus pandemic," Parscale said.

Meanwhile, the rival Democratic National Committee – which stayed neutral during the race for their party’s presidential nomination – started coordinating on grassroots field outreach with Joe Biden’s campaign after the former vice president became the presumptive nominee earlier this month.

The  DNC's efforts include hosting online digital organizing training sessions, with nearly half of those signing up hailing from battleground states. Party officials said they’re also launching texting banks in coordination with state Democratic parties to reach millions of voters in the key swing states that will decide the White House race.

During a virtual fundraiser on Monday night, Biden said that more than 63 million people have caught a glimpse of the content his campaign's been putting up online.