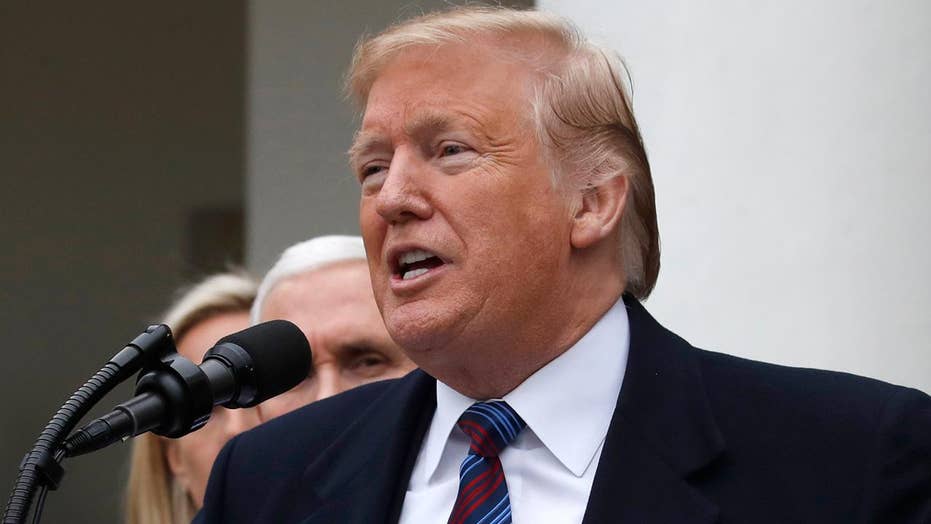 President Trump says that freshman Michigan Democrat Rep. Rashida Tlaib disrespected herself and her country with crude comments calling for his impeachment.

President Trump on Friday blasted freshman Rep. Rashida Tlaib’s expletive-laced impeachment comments as “disgraceful” to herself, her family and her country, in a fiery Rose Garden retort that came as the Michigan Democrat stood by her remarks.

“I thought her comments were disgraceful,” Trump told reporters during a press conference.

“She dishonored herself and dishonored her family,” he continued. “I think it was highly disrespectful to the United States of America.”

Tlaib, D-Mich., who was sworn into the 116th Congress on Thursday, was videotaped that night vowing to impeach the president -- shortly after she penned an op-ed for The Detroit Free Press outlining the case for impeachment.

“People love you and you win,” the video showed Tlaib telling supporters. “And when your son looks at you and says, ‘Momma, look you won. Bullies don’t win.’ And I said, ‘Baby, they don’t, because we’re gonna go in there and we’re gonna impeach the motherf***er.’” 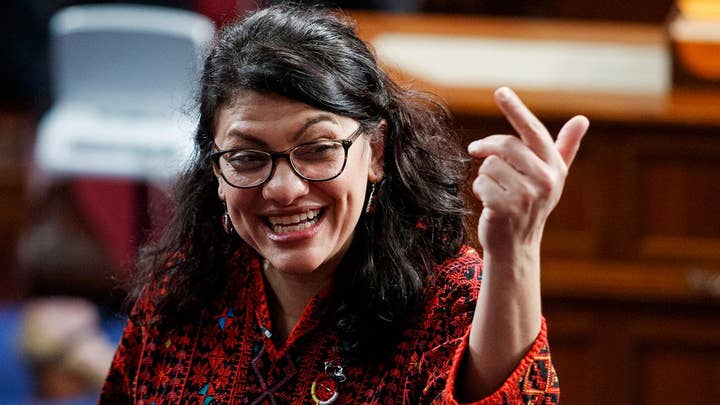 “How do you work with anyone if this is what they have planned?” he said. “That action should not stand, somebody should stand up to it.”

“I probably have a generational reaction to it,” Pelosi said at an MSNBC town hall. “But in any event, I’m not in the censorship business. I don’t like that language, I wouldn’t use that language. I don’t….establish any language standards for my colleagues, but I don’t think it’s anything worse than what the president has said.”

She added: “Generationally, that would not be language I would use, but nonetheless, I don’t think we should make a big deal of it.”

On the topic of impeachment, though, the president said he's “done more in [his] first two years than any president in our country.”

He also claimed Pelosi told him, "We’re not looking to impeach you.”

On Thursday, Pelosi did not say whether or not the House would seriously consider impeaching Trump, but left the topic open for discussion.

Meanwhile, Tlaib stood by her comments.

“I will always speak truth to power. #unapologeticallyMe,” Tlaib tweeted on Friday. “This is not just about Donald Trump. This is about all of us. In the face of this constitutional crisis, we must rise."