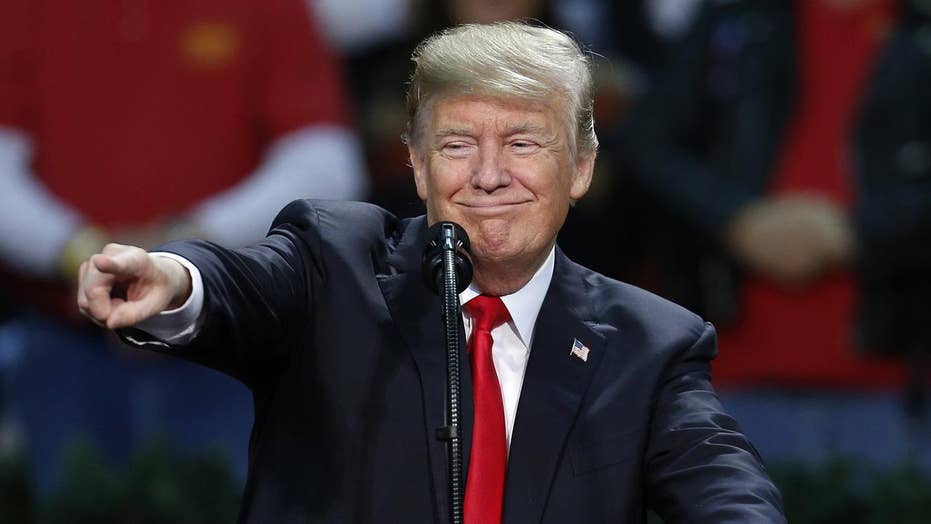 President Trump on Friday called for Russia to be reinstated to the group of leading industrial nations meeting at the G-7 summit in Quebec, saying the Kremlin “should be a part” of the talks.

“It doesn’t matter what you call it. It used to be G-8, now Russia is out,” Trump told reporters on Friday morning as he departed for Canada. “Why are we having a meeting without Russia? Would recommend Russia should be a part of it.”

Trump added: "Russia should be in this meeting. Whether you like it or not and it may not be politically correct, but we have a world to run. G-7 threw Russia out. They should let Russia come back in."

Russia was ousted from the group of leading nations—France, Canada, Germany, Italy, Japan, United Kingdom and the U.S.—following its annexation of Crimea in 2014.

Trump's comments could fuel criticism about his stance on Russia.

"I've done nothing wrong. No collusion," Trump said Friday. The president has dubbed Mueller's investigation a "witch hunt" for months.

Trump, who was headed to Quebec Friday morning for the summit, also told reporters that he "may leave a little bit early."

He's heading next to Singapore for a summit with North Korea's Kim Jong Un.

The G-7 summit is expected to be a tense and confrontational meeting with western allies to fight against what Trump has called "unfair" trade practices.

The Trump administration imposted new tariffs— 25 percent on imported steel, 10 percent on aluminum from Canada, Mexico and the European Union — which threaten to drive up prices for American consumers and companies and heighten uncertainty for businesses and investors around the globe.

The U.S. allies had been exempted, but Trump ended that temporary relief this month, seeking to pressure other countries to cut new trade agreements with the U.S.

Leaders of Canada and Western European allies are bracing for battle as well, and for days have been sparring with the U.S. over new U.S. tariffs on steel and aluminum imports. French President Emmanuel Macron and Canadian Prime Minister Justin Trudeau already signaled they will use the event to oppose the tariffs.