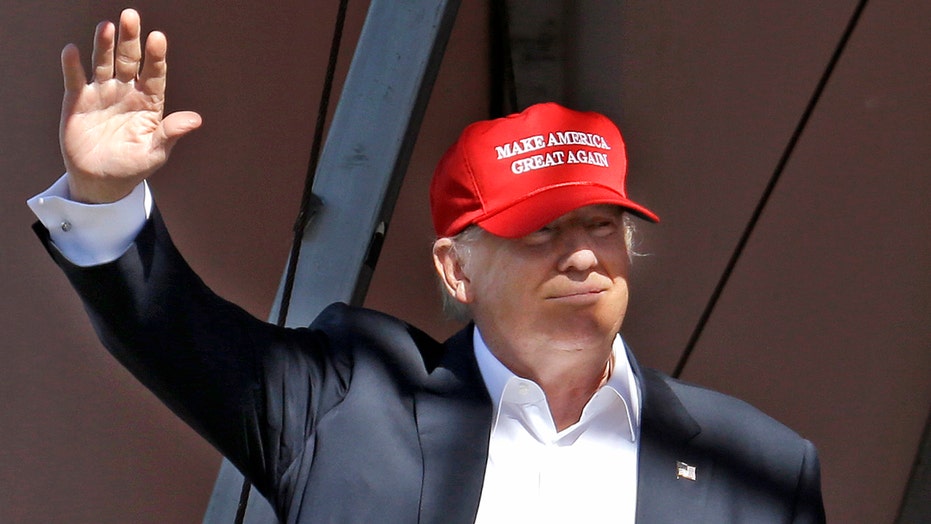 Will the GOP establishment support the presumptive nominee?

Presumptive GOP presidential nominee Donald Trump on Sunday appeared to nudge his fiscal policies -- including those on taxes and the minimum wage -- closer to the center ahead of the general election, while downplaying a lack of party support for his candidacy.

Trump suggested on ABC’s “This Week” that his tax plan, which now includes a tax break for the country’s top wage-earners, would likely be different if he becomes president, considering it would likely need support from Democrats as well as Republicans on Capitol Hill.

"By the time it gets negotiated, it's going to be a different plan," the billionaire businessman said in a pre-taped interview that aired Sunday. "On my plan, (tax rates) are going down. But by the time it's negotiated, they'll go up."

However, Trump also argued that his top priority will be to lower taxes for the middle class, championed by Democratic candidate Sen. Bernie Sanders, and U.S. businesses, which Trump suggested are among the highest taxed in the world.

Whether Trump would even get solid GOP support from Congress remains unclear, considering House Speaker Rep. Paul Ryan is so far withholding his backing, a decision that Trump said this weekend “blindsided” him.

Trump also continued to suggest he’s now open to increasing the minimum wage, after indicating early in the election cycle that such a move would slow the economy.

"I am looking at it,” he said. “I haven't decided in terms of numbers. But I think people have to get more."

Sanders, a Vermont senator, and front-running Democratic presidential candidate Hillary Clinton each are calling for the federal minimum wage to be increased to $15 an hour -- in their battle to win over the middle-class vote amid similar promises to narrow the country's economic inequality divide.

“I'm allowed to change,” Trump told ABC, before returning to his long-standing campaign promise to bring U.S. companies back to the country, which he says will result in American workers making “a lot more than the $15” hourly.

Trump told NBC’s “Meet the Press” on Sunday in a pre-taped interview that he had a “very encouraging” phone call with Ryan, R-Wis., several weeks ago, perhaps after his commanding New York primary victory.

So Ryan announcing his lack of support Wednesday, a day after Trump became the presumptive nominee, was unexpected, Trump suggested.

"Yeah, I was blindsided a little bit,” he told NBC.

With Ryan and other prominent Republicans -- including George H.W. Bush and son George W. Bush, the only former Republican presidents still living -- refusing to fall in line, Trump is still standing firm on his assertion that the party doesn’t have to be unified because he will gain Democratic votes to win in the fall.

“I think it would be better if it were unified,” he said in the ABC interview. “I think there would be something good about it. But I don’t think it actually has to be unified in the traditional sense.”