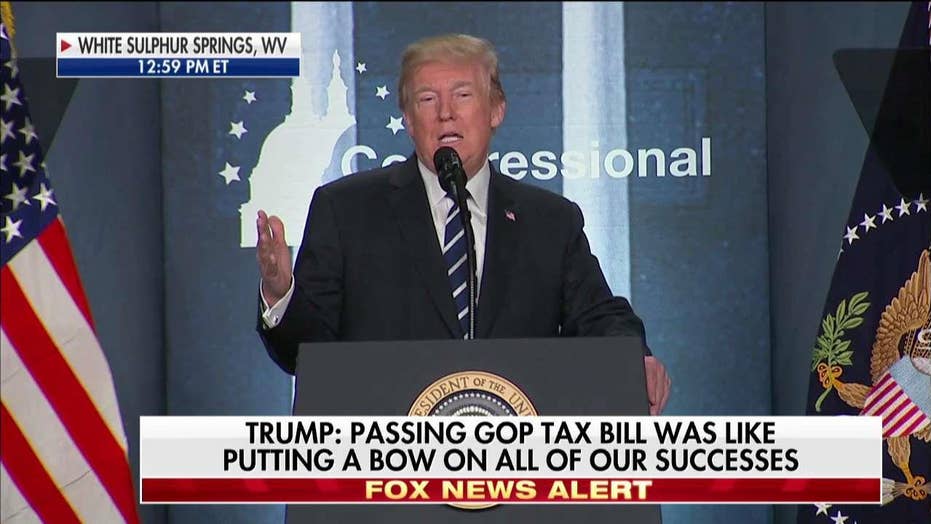 “African-American and Hispanic unemployment have both reached the lowest levels ever recorded,” Trump said in a speech to Republican lawmakers at the Greenbrier resort in White Sulphur Springs, W.Va. “That’s something very, very special. And when I made that statement the other night, there was zero movement from the Democrats.”

Trump added: “They sat there, stone cold, no smile, no applause. You would have thought that on that one, they would have sort of clapped a little bit. Which tells you perhaps, they would rather see us not do well than see our country do great, and that’s not good.”

At the GOP retreat, Trump also celebrated the “tremendous bonuses” that companies have been giving workers because of the tax reform bill passed into law last year. And he called out House Minority Leader Pelosi for comments earlier this month calling those bonuses “crumbs.” 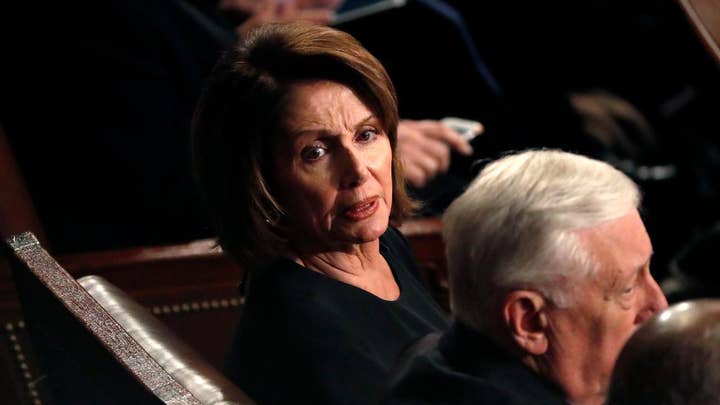 The president compared that statement to Democratic presidential candidate Hillary Clinton’s “basket of deplorables” gaffe during the 2016 election.

“That could be like deplorable,” Trump said of Pelosi’s remark. “Does that make sense? Deplorable and crumbs. Those two words, they seem to have a resemblance.”

Following the passage of the sweeping tax law, which lowered the corporate tax from 35 percent to 21 percent, a number of companies have given out bonuses and pay raises for workers amid anticipated tax savings.

Speaking to reporters earlier this month, Pelosi said: “In terms of the bonus that corporate America received versus the crumbs that they are giving to workers to kind of put the schmooze on — it’s so pathetic. I think it’s insignificant.”

During Thursday’s speech to Republicans, Trump also touched on themes from his State of the Union address, calling again for Democrats to make a deal with him on immigration.

“But DACA, we want to take care of DACA, and I hope we will,” Trump said of the program that shields illegal immigrants brought to the United States as children from deportation. “We need the support of the Democrats in order to do it, and they may not want to. They talk like they do, but I don't think they do. But we’re going to find out very soon.”

It remains unclear whether Democrats are ready to negotiate with Trump on immigration, but the issue could hang over a looming Feb. 8 deadline to pass a new spending bill. The White House offered to expand DACA and give a pathway to citizenship, but Democrats objected to his other demands for border wall spending and legal immigration curbs. 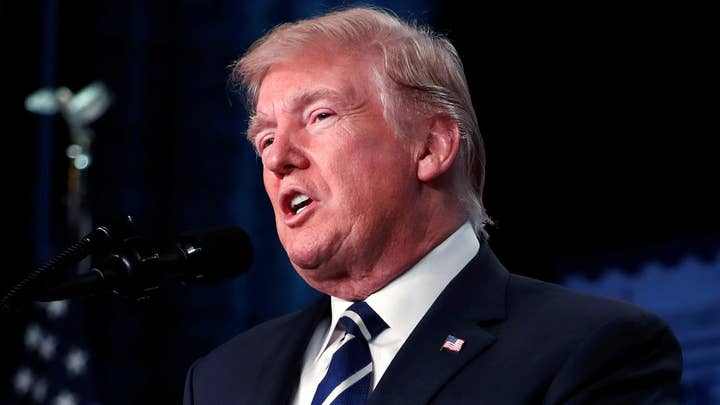 “If they don't approve something within that sphere, that means, very simply, that they’re not looking to approve it at all,” Trump said. “They want to use it for any election issue, but it is now an election issue that will go to our benefit, not their benefit.”

The president’s remarks come a day after the train carrying the lawmakers to West Virginia collided with a garbage truck, killing one person in the truck and injuring several others.

“I want to send our prayers to everyone affected by the train accident yesterday, especially to the family of the person who was so tragically killed,” Trump said. “Our thoughts are with the victims and their loved ones.”

Trump did not speak about the soon-to-be-released classified memo that purportedly reveals government surveillance abuses. The FBI says it has “grave concerns” about the classified memo, but the White House has signaled it could be released Friday.