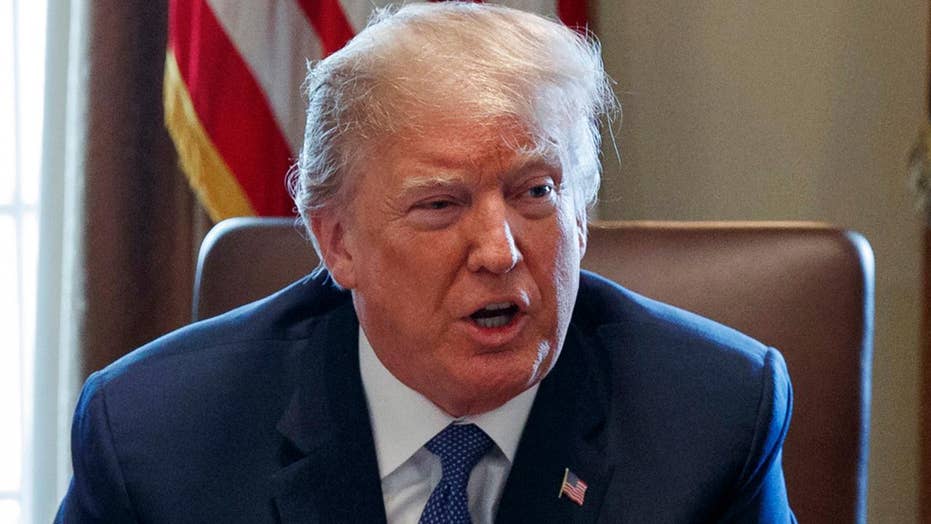 President Trump on Thursday assailed Democratic "obstruction" of his calls for a wall on the southern border, a project he says is "desperately needed" -- as the partial government shutdown showed no sign of resolution.

"The Democrats OBSTRUCTION of the desperately needed Wall, where they almost all recently agreed it should be built, is exceeded only by their OBSTRUCTION of 350 great people wanting & expecting to come into Government after being delayed for more than two years, a U.S. record!" he tweeted, referring to the alleged slowness of Senate confirmation for appointments.

The government partially shut down on Saturday. Lawmakers were unable to agree on a spending package to keep the government open that would also finance Trump’s campaign promise about the wall.

Trump has said he won’t sign a bill that does not adequately fund the wall, and has demanded $5 billion for it. Democrats have said they are prepared to offer $1.3 billion for border security, not a wall. Neither side has expressed willingness to back down.

Continuing on Twitter, the president insisted that the situation "isn't about the wall" and that "everybody knows that a Wall will work perfectly."

"This is only about the Dems not letting Donald Trump & the Republicans have a win," he tweeted. "They may have the 10 Senate votes, but we have the issue, Border Security. 2020!"

In Congress, there is currently no movement at all to end the stalemate and no back-channel negotiation. A member of the House Republican leadership indicated to Fox News that a resolution may not emerge until the new year.

The House and Senate were both scheduled to meet at 4 p.m. ET in a "pro forma" session, where no legislative business was expected. Both chambers must meet at three-day intervals unless there's an agreement from both bodies to adjourn. A small crew is expected for both sessions, with few members even remaining in the capital.

Earlier Thursday, Trump questioned if Democrats realize that “we desperately need Border Security and a Wall on the Southern Border” and said it was needed to stop “Drugs, Human Trafficking, Gang Members & Criminals from coming into our Country.”

He then asked: “Do the Dems realize that most of the people not getting paid are Democrats?”

He did not immediately provide proof to back up his claim, but there is evidence to suggest that federal workers as a bloc do skew toward voting for Democrats. The Hill reported that in 2016, 95 percent of the roughly $2 million from 14 agencies spent on presidential politics went to Democratic nominee Hillary Clinton’s campaign.

Several agencies saw more than 99 percent of contributions going to Clinton, according to The Hill. 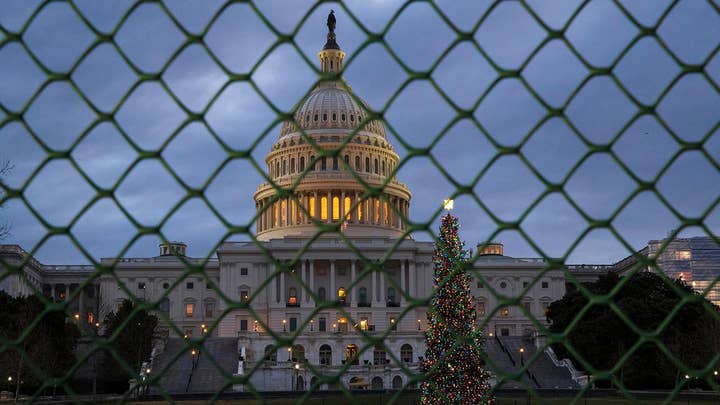 About a quarter of the government is shut down, with about 420,000 federal employees working without pay, while another 380,000 are furloughed.

TRUMP'S CHRISTMAS MESSAGE TO DEMOCRATS: GOVERNMENT SHUTDOWN WILL LAST 'UNTIL WE HAVE A WALL'

On Chistmas Day, Trump said federal workers back what he is doing and have urged him to ‘stay out until you get the funding for the wall.’

WTOP-FM reported Wednesday that the mayor of Washington, D.C., Muriel Bowser, had written to Trump urging him to end the shutdown, saying that the city will be hurt if the impasse continues.

“Indeed, many DC residents, businesses including restaurants and hotels, and federal contractors will suffer severe impacts if the shutdown continues indefinitely,” Bowser wrote.