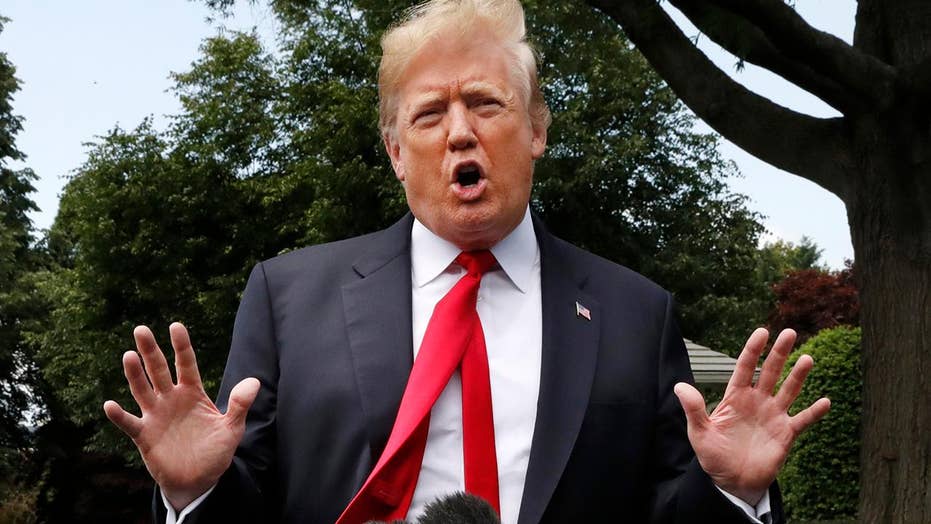 President Trump claims the FBI may have been spying on his campaign after a confidential informant had contact and meetings with Three trump campaign officials.

President Trump on Thursday blasted top Obama officials for what he’s now dubbed “SPYGATE,” while claiming that former Director of National Intelligence James Clapper has essentially “admitted” to “Spying” on his campaign during the 2016 election.

Following the revelation of an FBI informant in contact with Trump campaign advisers, the president has stepped up criticism of several ex-intelligence and law enforcement figures on a daily basis.

“Clapper has now admitted that there was Spying in my campaign. Large dollars were paid to the Spy, far beyond normal. Starting to look like one of the biggest political scandals in U.S. history. SPYGATE—a terrible thing!” Trump tweeted Thursday.

In interviews this week — on ABC’s “The View” and PBS’ “New Hour” — Clapper defended the intelligence community’s use of an FBI informant, claiming the move had to do with the “Russians, not spying on the campaign” and Trump’s accusations were “distorted.”

“[There is] a big gulf between a spy in the traditional sense—employing spycraft or tradecraft—and an informant who is open about … who he was and what the questions he was asking,” Clapper said on PBS Wednesday. “The important thing was not to spy on the campaign but rather to determine what the Russians were up to.”

Clapper added: “I think they [the FBI] were just doing their job and trying to protect our political system.”

He said earlier on "The View" that they were "spying" on the Russians' activity, and Trump should be happy about that.

The president made clear he was not happy. Also on Thursday, he once again slammed former FBI Director James Comey and former Deputy FBI Director Andrew McCabe.

“Not surprisingly, the GREAT Men & Women of the FBI are starting to speak out against Comey, McCabe and all of the political corruption and poor leadership found within the top ranks of the FBI. Comey was a terrible and corrupt leader who inflicted great pain on the FBI! #SPYGATE,” Trump tweeted.

Comey weighed in Wednesday to defend the FBI and its practices.

“Facts matter. The FBI’s use of Confidential Human Sources (the actual term) is tightly regulated and essential to protecting the country,” Comey tweeted. “Attacks on the FBI and lying about its work will do lasting damage to our country. How will Republicans explain this to their grandchildren?”

Trump responded to Comey’s tweet in an exclusive interview with “Fox & Friends” Thursday. 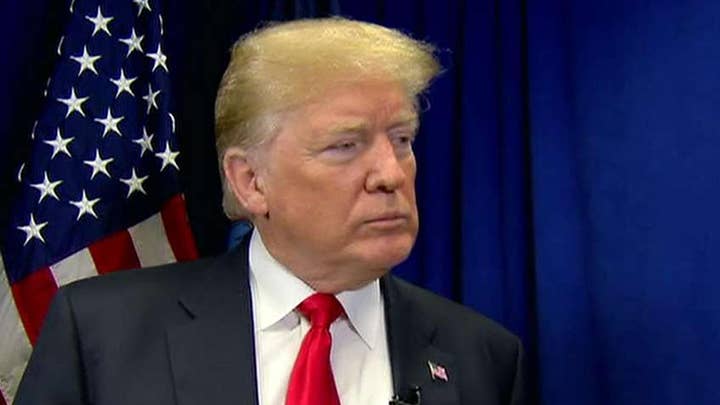 “I’d actually say—how is he going to explain to his grandchildren all of the lies, the deceit, all of the problems he has caused for this country?” Trump said. “I think of the things I’ve done for the country, the firing of James Comey is going to go down as a very good thing…The FBI is a fantastic institution, but some of the people at the top were rotten apples. James Comey was one of them.”

The president also warned Comey about the forthcoming inspector general report on the bureau’s handling of the Hillary Clinton email probe.

“I think James Comey’s got a lot of problems,” Trump said Wednesday. “At some point, they have an IG report. Then let’s see what Comey has to say. I assume he’s covered in the IG report.”