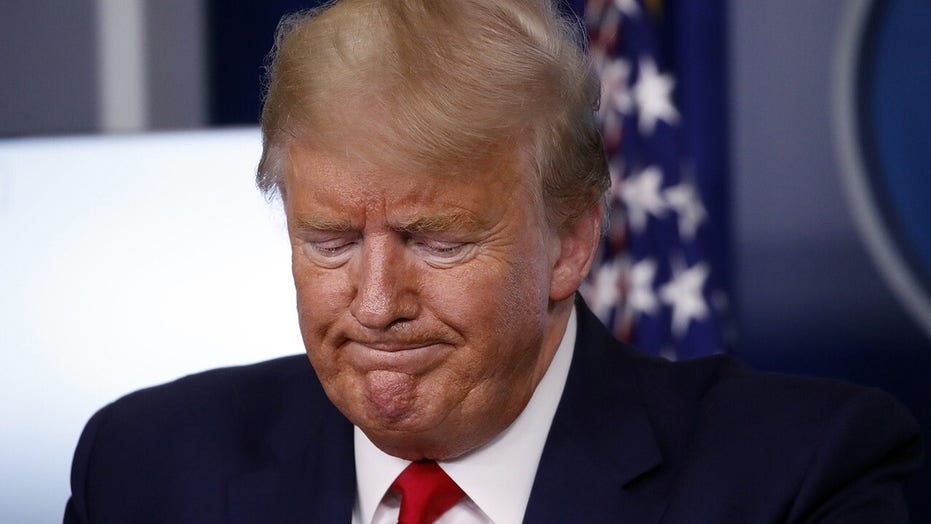 President Trump on Wednesday said he’d “absolutely” have a phone call with Joe Biden, after the former vice president offered to speak directly with him to discuss a strategy to combat the coronavirus pandemic rocking the nation.

Fox News first reported Wednesday that Biden had offered to have a phone call with Trump.

When asked whether he would be receptive to a phone call with the Democrats' primary frontrunner, the president said yes.

"Oh sure, absolutely," Trump said. "I'd love to speak with him."

The president added: "I always found him to be a nice guy. I don't know him very well, frankly, but I think he's probably a nice guy."

"If he'd like to call, I'd absolutely take his call," the president said. "Okay? You can tell him. Alright?"

Biden’s offer for a phone call came after counselor to the president Kellyanne Conway, early Wednesday, challenged the former vice president to stop criticizing the Trump administration’s coronavirus response and instead "call the White House today and offer some support."

Minutes after Trump accepted the former vice president's offer, Biden's deputy campaign manager Kate Bedingfield told Fox News: "Our teams will be in touch and we will arrange a call."

Biden had been offering advice and warnings to Trump about the coronavirus in media interviews and appearances for months. Wednesday, however, is the first time the former vice president is offering to speak with the president directly.

"Vice President Biden has been extending his advice for months, and he did so again on the air last night," Bedingfield told Fox News earlier Wednesday. "As he has said repeatedly, Donald Trump is not accountable for coronavirus itself — but he is accountable for the federal government's slow and chaotic response to this outbreak."

"Unfortunately, Trump spent months after the virus was discovered disregarding repeated warnings from his scientific and intelligence experts, and downplaying the threat of this outbreak to the American people," she continued. "He could have heeded Vice President Biden's public advice not to take China's word as they misled the world about their efforts to stop the spread."

KELLYANNE CONWAY SAYS BIDEN SHOULD OFF SOME 'SUPPORT' AMID COVID-19

Bedingfield added: "The Obama-Biden administration even wrote a literal playbook for pandemic response, but unfortunately Trump's administration left it on the shelf. Now we have more coronavirus cases than any other country."

Biden reclaimed his front-runner status among the Democrats on Super Tuesday and notching victories in subsequent primary contests to build a huge delegate lead over rival Bernie Sanders.

Conway, during an interview Wednesday morning with "Fox & Friends," criticized Biden, instead, for not directly offering his support to Trump.

"I think it’s really disappointing to have President Obama’s number two, who apparently doesn’t talk much to him, out there, criticizing, instead of saying, 'Hey, here is what we did that we thought was effective,'" Conway explained.

"I have to tell you, we’re not talking about politics here at the White House at all," she explained. "We're talking about ventilators and vaccines, not Biden and Bernie. There’s really no time for that, but it’s very disappointing when you see the criticism."

She added: "I think the critics and the naysayers seem so much more small and so much more shrill and unhelpful and petty than they ever have."

Later, Conway told reporters that she had "yet to hear a single idea from Vice President Biden that would be helpful to the American people or that is different from what we are doing."