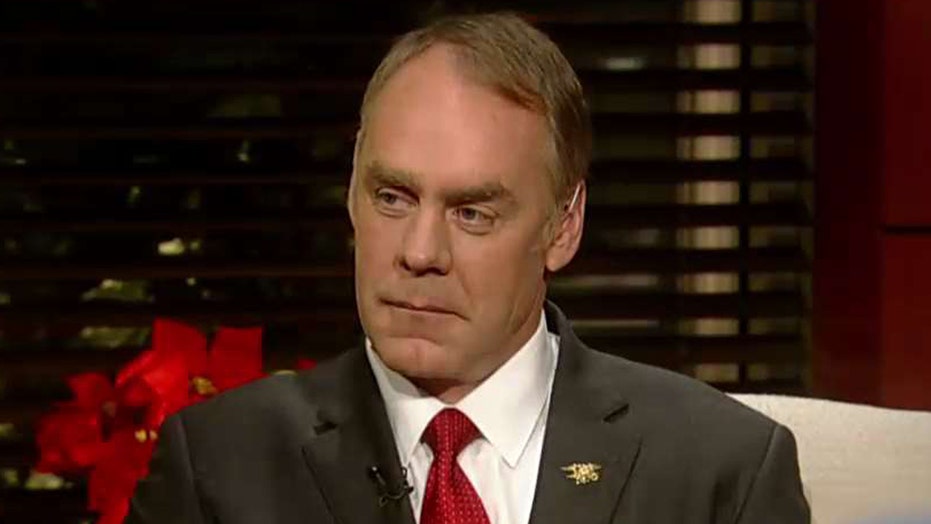 Congressman sounds off on 'Fox & Friends'

“I am pleased to nominate Congressman Ryan Zinke as our Secretary of the Interior. He has built one of the strongest track records on championing regulatory relief, forest management, responsible energy development and public land issues,” Trump said in a statement.

Trump called for “smart management of our federal lands” while reiterating his goal to “repeal bad regulations and use our natural resources to create jobs and wealth for the American people.” He said Zinke “will explore every possibility for how we can safely and responsibly do that.”

In a statement, Zinke said, “I will work tirelessly to ensure our public lands are managed and preserved in a way that benefits everyone for generations to come. Most important, our sovereign Indian Nations and territories must have the respect and freedom they deserve.”

Fox News reported earlier this week that Zinke had emerged as Trump’s pick to lead the Interior Department.

He is a first-term House member and a former Navy SEAL commander. He also was an early Trump supporter, and serves on the Natural Resources Committee.

He was in the running with Washington Rep. Cathy McMorris Rodgers, who met at least twice with Trump in recent days.

But she posted a message late Tuesday on her Facebook page that suggested she would remain on Capitol Hill as part of House Speaker Paul Ryan’s leadership team. “It was an honor to be invited to spend time with the President-elect, and I’m energized more than ever to continue leading in Congress as we think big, reimagine this government, and put people back at the center of it,” McMorris Rodgers wrote.