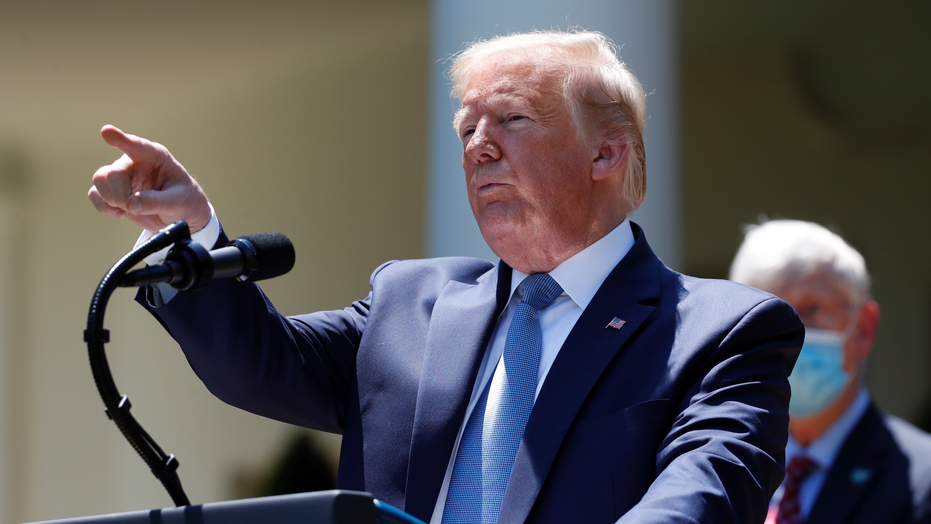 D.C.’s metro system will receive $876 million to “stay open and stay operating,” Trump wrote on Twitter, while congratulating D.C. Mayor Muriel Bowser. “The federal funds will keep workers paid & buses & trains running on a limited schedule as they are needed for essential trips,” according to the president.

The San Francisco Bay Area will receive over $700 million in federal funds to keep its trains running and its airport open.

Trump’s announcements are an apparent change of tone toward Democratic states requesting federal funding for state and local governance.

“Why should the people and taxpayers of America be bailing out poorly run states (like Illinois, as example) and cities, in all cases Democrat run and managed, when most of the other states are not looking for bailout help?” the president tweeted in late April. “I am open to discussing anything, but just asking?”

He echoed a number of Republicans who vocally opposed giving states with pension deficits and other financial issues that predate coronavirus a federal bailout. Senate Majority Leader Mitch McConnell suggested that states instead declare bankruptcy.

Democratic leaders, particularly New York Gov. Andrew Cuomo, said that their states had often paid more to the federal government than they received.

“It’s not the time to be saying, 'Well, you put in a dollar more than I did, or I put in $5 more than you did.' … But if you want to go to who’s getting bailed out and who paid what, nobody would be bailing out New York state,” Cuomo said in response to President Trump's April tweet.

Trump announced on May 14 that the NY Metropolitan Transportation Authority would be receiving $3.9 billion as part of the CARES Act. Cuomo said he'd spoken to the president about the state's "funding issues" earlier that day.

"He heard me out," Cuomo told reporters. "I've also asked him to expedite certain payments and he's expediting a $3.9 billion payment to MTA... which desperately needs funding because the ridership is way down. And the president cut red tape and actually sent the first installment today, so I'm grateful for that and I thank him."