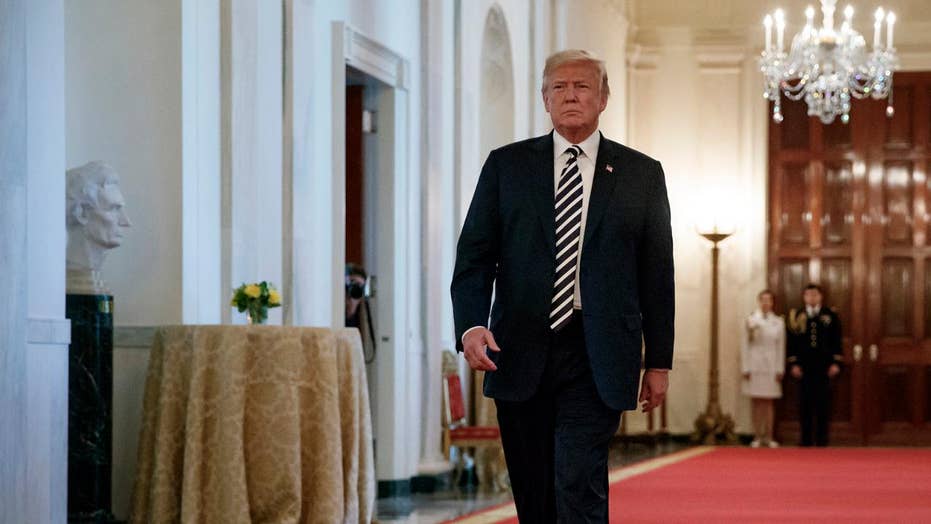 Does Trump have the authority to declassify FISA related documents?

DiGenova & Toensing’s Victoria Toensing and Joe diGenova say President Trump is aware of what he is ordering to be revealed in the FISA documents related to the Russia probe.

President Trump agreed Friday to delay the release of key files related to the Russia investigation, asking the inspector general to review the documents on an “expedited basis” amid Justice Department concerns their publication may have a “negative impact” on the probe.

“I met with the DOJ concerning the declassification of various UNREDACTED documents. They agreed to release them but stated that so doing may have a perceived negative impact on the Russia probe. Also, key Allies’ called to ask not to release,” Trump tweeted Friday.

“Therefore, the Inspector General has been asked to review these documents on an expedited basis. I believe he will move quickly on this (and hopefully other things which he is looking at). In the end I can always declassify if it proves necessary. Speed is very important to me –and everyone!” Trump added.

The president’s tweets come after his Monday order that intelligence agencies declassify key documents that could shed light on the origins of the Russia meddling probe that has hamstrung the administration for more than 18 months.

The president on Monday ordered the Office of the Director of National Intelligence (ODNI) and Justice Department to release the files “[a]t the request of a number of committees of Congress, and for reasons of transparency,” according to a White House statement.

The intelligence agencies, by Tuesday, had already begun working to prepare the documents, though the timeline has been unclear.

“When the President issues such an order, it triggers a declassification review process that is conducted by various agencies within the intelligence community, in conjunction with the White House Counsel, to seek to ensure the safety of America’s national security interests,” a Justice Department spokesperson said in a statement to Fox News earlier this week. “The Department and the Federal Bureau of Investigation are already working with the Director of National Intelligence to comply with the President’s order.”

The documents also include all FBI reports on interviews, also known as 302s, with Justice Department official Bruce Ohr and all FBI reports of interviews prepared in connection with applications to surveil Carter Page, as well as 21 pages of one renewed warrant.

The June 2017 application was the last of four filed by the Justice Department in support of FISA court orders allowing the monitoring of Page for nearly a year.