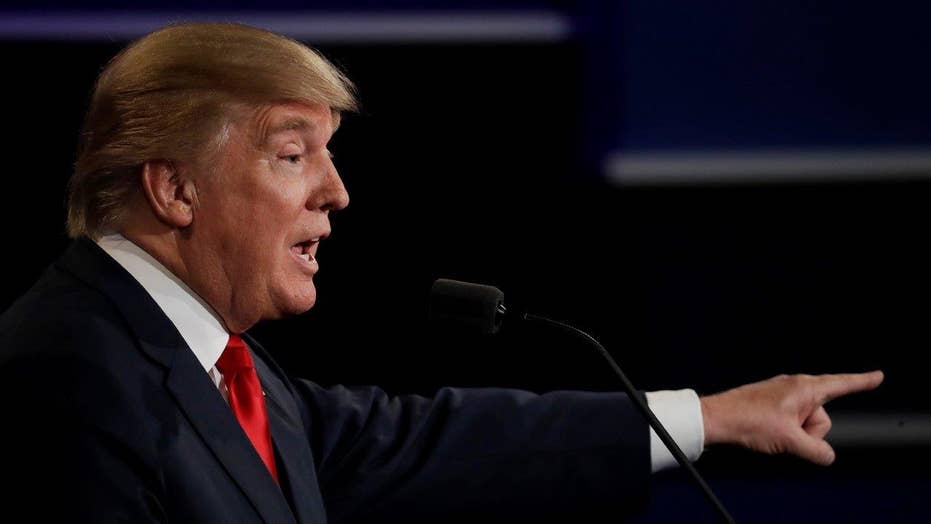 Trump on accusers: Their stories have been largely debunked

Donald Trump on Wednesday accused the Clinton campaign of orchestrating the recent groping allegations made by numerous women who said the Republican presidential nominee tried to kiss and touch them without their consent.

“The woman on the plane, the woman ... I think they either want fame or her campaign did it,” Trump said. “I think it’s her campaign because what I saw, what they did…”

He added, “I believe she got these people to step forward” “If it wasn’t, they get their 10 minutes of fame but they were all totally… it was all fiction. It was lies and it was fiction.”

Trump also said he didn’t apologize to his wife following the allegations because they were all “totally false.”

Trump said Wednesday he didn’t know any of the women involved who have come forward and that the stories “have been largely debunked.”

He added, “I didn’t even apologize to my wife, who’s sitting right here, because I didn’t do anything.”

However, in an interview with CNN on Monday, Melania Trump said her husband had apologized to her for making lewd remarks revealed in a leaked video from 2005.