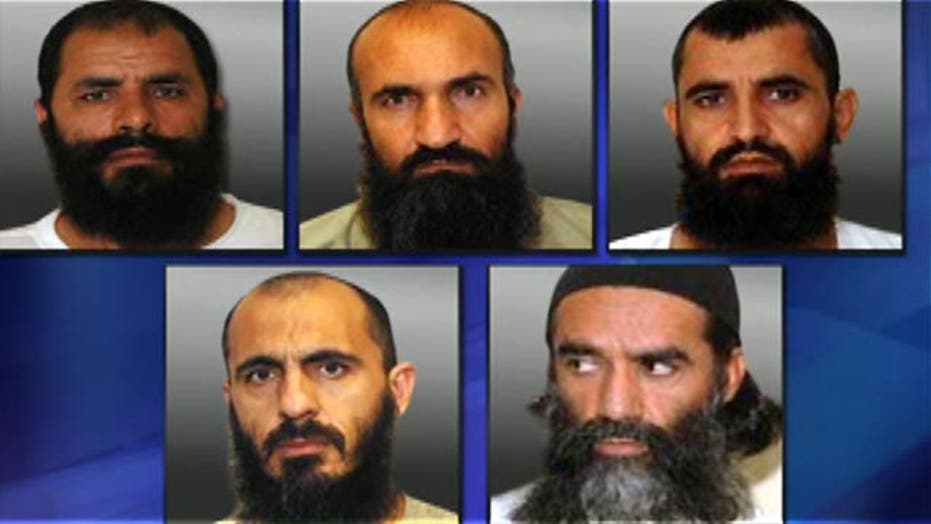 Prisoner swap: A look at the 'Taliban Dream Team'

What we need to know about the five Taliban prisoners released in exchange for American Sgt. Bowe Bergdahl's freedom

President Obama's claim Tuesday that the U.S. would "be keeping eyes" on five hardened Taliban leaders traded for Sgt. Bowe Bergdahl's freedom was immediately challenged by a Middle East official quoted as saying they'd actually be allowed to move freely -- and even "go back to Afghanistan if they want to."

The source, identified as a senior Gulf official, reportedly told Reuters that the five Taliban members would not be treated like prisoners while staying in Qatar, where they were released. Rather, they'd be allowed to "move around freely" in the country and then be allowed to travel outside Qatar after one year.

The official, seemingly contrary to Obama's claims, also said U.S. officials would not be involved in monitoring their movements.

If true, Qatar's plans are likely to stir concerns from Washington, particularly from GOP lawmakers who warned that these prisoners could return to the battlefield.

Sen. John McCain, R-Ariz., said Tuesday that Qatar has "notoriously played both sides of the street, as far as Muslim extremists are concerned" and cast doubt on the president's assurances.

Earlier Tuesday, Obama acknowledged there's "absolutely" a risk that the former Guantanamo inmates will try to return to the battlefield.

"Is there the possibility of some of them trying to return to activities that are detrimental to us? Absolutely," Obama said. "That's been true of all the prisoners that were released from Guantanamo. There's a certain recidivism rate that takes place."

But the president defended the deal, saying: "I wouldn't be doing it if I thought that it was contrary to American national security."

Obama made the comments in Poland at the first stop of his European tour. He claimed the Qataris, who are supposedly watching over the newly freed Taliban prisoners, are monitoring them, as is the United States. He claimed America will be "keeping eyes on them."

The president also responded Tuesday to concerns about Bergdahl's conduct, and questions over whether he had effectively deserted when he walked off his post in 2009, only to be captured by the Taliban.

Obama said they saw an opportunity to bring Bergdahl back and seized it, and that the U.S. government will bring a soldier back regardless of circumstances.

Gen. Martin Dempsey, chairman of the Joint Chiefs of Staff, issued a similar statement in response to concerns about Bergdahl's conduct. On Facebook, Dempsey said those questions "are separate from our effort to recover ANY U.S. service member in enemy captivity."

"This was likely the last, best opportunity to free him. As for the circumstances of his capture, when he is able to provide them, we'll learn the facts," Dempsey said. "Like any American, he is innocent until proven guilty. Our Army's leaders will not look away from misconduct if it occurred. In the meantime, we will continue to care for him and his family."

In a potential reference to claims that soldiers died during the search for Bergdahl, Dempsey also wrote: "Finally, I want to thank those who for almost five years worked to find him, prepared to rescue him, and ultimately put themselves at risk to recover him."

Army Secretary John McHugh said in a statement Tuesday that Bergdahl's health is the first priority -- but the Army will eventually review the case "in a comprehensive, coordinated effort that will include speaking with Sgt. [Bergdahl] to better learn from him the circumstances of his disappearance and captivity."

He said "all other decisions will be made thereafter, and in accordance with appropriate regulations, policies and practices."

Meanwhile, concerns continue to mount about the risk posed by the five Taliban members who were released. Defense Department documents on WikiLeaks detail the violent backgrounds of the prisoners.

One, Mohammad A Fazl, served as the Taliban Army chief of staff and was wanted by the United Nations for possible war crimes, "including the murder of thousands of Shiites." He was listed as a high risk to the U.S. and its allies. 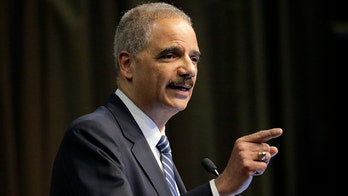