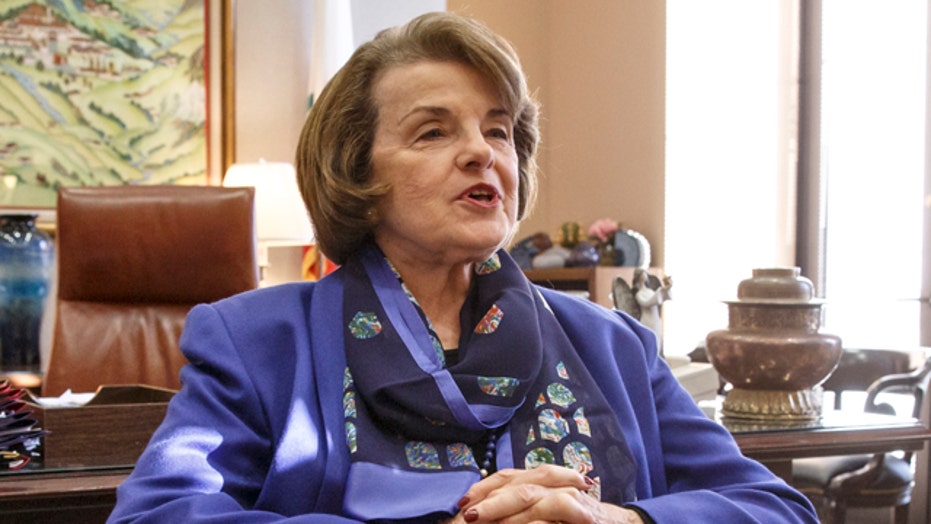 Feinstein calls for full explanation from former secretary of state

The top Democrat on the Senate Intelligence Committee urged former Secretary of State Hillary Clinton to give a full explanation of why she used a private e-mail account for all her official correspondence during her four years as America's top diplomat.

Sen. Dianne Feinstein, D-Calif., told NBC's "Meet the Press" Sunday that Clinton "needs to step up and come out and state exactly what the situation is," adding that from "this point on, the silence is going to hurt her."

Feinstein is the first major Democrat to urge Clinton to share details of the account's contents, some of which have been subpoenaed by a special House committee investigating the 2012 attack on the U.S. Consulate in Benghazi, Libya.

Clinton, thought to be the near-unanimous frontrunner for the 2016 Democratic presidential nomination, has kept mostly silent on the private e-mail story, which was first reported by the New York Times last Monday. Her use of the account may violate federal rules requiring officials to keep all their communications for record-keeping purposes. The controversy grew later in the week when the Associated Press reported that the account's server had been traced to an Internet service registered to her Chappaqua, N.Y. home.

This past week, Clinton said in a Twitter message that she had asked the State Department to make public all emails she had previously turned over to them, a total of approximately 55,000 pages. However, The Times reported that those messages previously had been selected by members of her staff and were not a complete record of her four years at Foggy Bottom.

She did not address the issue in her most recent public appearance Saturday night during an event in Coral Gables, Florida, for the Clinton Global Initiative University.

Rep. Trey Gowdy, R-S.C., the chairman of the Benghazi committee, told CBS' "Face The Nation" "there are gaps of months and months and months" in the emails the committee had previously received. "It's not up to Secretary Clinton to decide what's a public record and what's not," Gowdy said.

For his part, President Obama said Sunday that he first learned of Clinton's private account through news reports. He went on to praise Clinton for requesting the release of the 55,000 pages of e-mail by the State Department, called her "an outstanding public servant" and defended his administration's record on transparency.