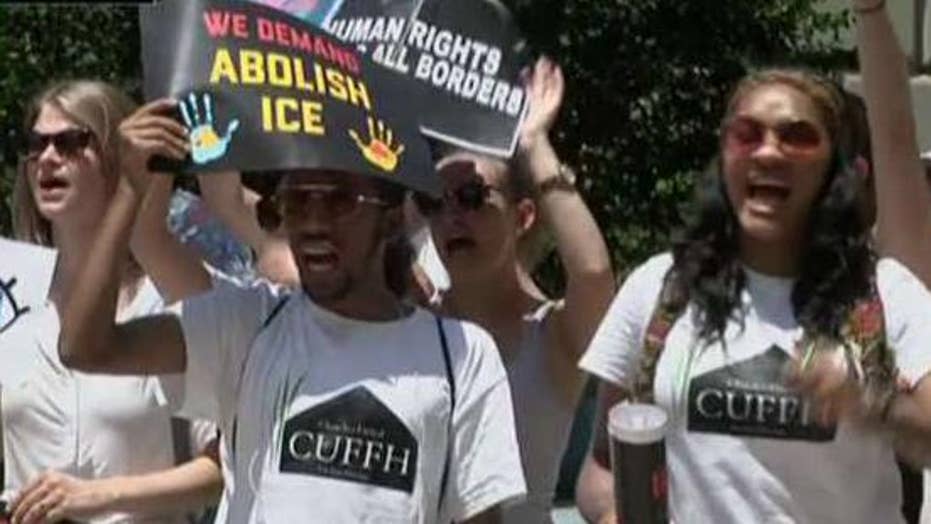 Do 'abolish ICE' protesters understand what ICE does?

"We are always going to need immigration enforcement," Klobuchar said on ABC's "This Week."

"I think we know that," she added. "We are a major country with major borders, so to me, the issue is what are those policies."

And Massachusetts Sen. Elizabeth Warren called for "replacing ICE" in a rally on Saturday.

WATCH: TRUMP SAYS DEMS WILL GET BEATEN 'BADLY' IF THEY CAMPAIGN ON ABOLISHING ICE

But Klobuchar refused to endorse that approach, and instead insisted that the focus should be on immigration policy.

"I think what has to change are the policies, and the people that are making these policies are making horrendous decisions like separating kids from their parents," she said on "This Week."

"I am just appalled by how this administration has been talking about immigrants," she added.

"We are always going to need immigration enforcement."

Illinois Democratic Sen. Tammy Duckworth weighed in on CNN's "State of the Union," saying: "You abolish ICE now, you still have the same president with the same failed policies."

The growing influence behind the push to get rid of ICE was underscored earlier this week with liberal primary challenger Alexandria Ocasio-Cortez's shocking victory over Rep. Joseph Crowley, D-N.Y., a member of party leadership.

Ocasio-Cortez emphasized her support for abolishing ICE during the campaign, and even protested outside an ICE center in Texas.

"Well, I hope they keep thinking about it," Trump said. "Because they’re going to get beaten so badly.

"You know ICE, these are the guys that go in and take MS-13, and they take them out," Trump added. "Because they're much tougher than MS-13, like by a factor of 10. ... You get rid of ICE, you’re going to have a country that you’re going to be afraid to walk out of your house."