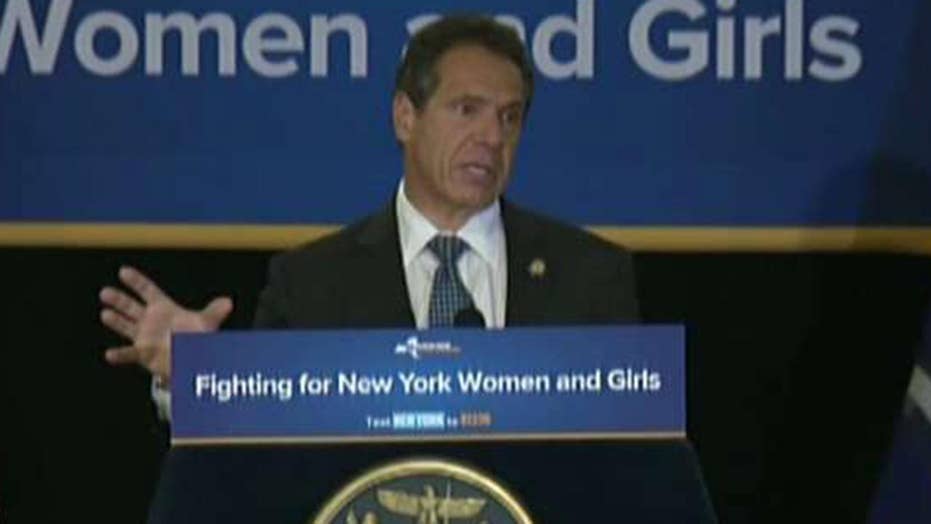 New York Gov. Andrew Cuomo, who has been floated as a possible 2020 Democratic presidential pick, was forced to backtrack this week after saying America “was never that great” -- the latest example of top Democrats criticizing what they see as the country’s injustices.

But now Republicans are saying that it represents part of a broader theme for top Democrats, saying that they are united in their "collective bashing of America."

Cuomo shocked supporters, and sparked a national controversy when he said at a bill signing: “We’re not going to make America great again, it was never that great.”

Cuomo was criticized for the remark on both sides of the political spectrum. On the left, gubernatorial challenger Cynthia Nixon told NY1 it was “another example of Andrew Cuomo trying to figure out what a progressive sounds like and missing by a mile.”

President Trump meanwhile, tore into his long-standing rival in a series of tweets in recent days. He called it “a career threatening statement” from Cuomo and predicted that “his political career is over.”

Cuomo has been walking back the statement. His office released a statement saying that he does, in fact, believe that America is great, but that it has yet to reach its full potential. Meanwhile on Friday in a call with reporters, he said the remark was “inartful."

But the remark is the latest in a series of bolder statements from Democrats in calling out what they see as injustices or inequalities in America.

It’s also something that Republicans are keen to exploit, believing that while such statements may play well with left-wing activists, it will be rejected by the nation at large.

In an email blast this week, The Republican National Committee said that “the only thing that seems to unify prominent Democrats these days is their collective bashing of America.”

Trump suggested Cuomo’s remark was an extension of 2016 Democratic presidential nominee Hillary Clinton’s famous statement that half of Trump supporters could be put into “a basket of deplorables.”

“Right? The racist, sexist, homophobic, xenophobic, Islamaphobic -- you name it,” she said.

That remark was widely perceived to have hurt her campaign, and many Trump supporters now wear the “deplorable” tag as a badge of honor.

Last week she was criticized for supporting an 11-year-old student who refused to stand for the Pledge of Allegiance.

"Keep up the good work Mariana," she tweeted. 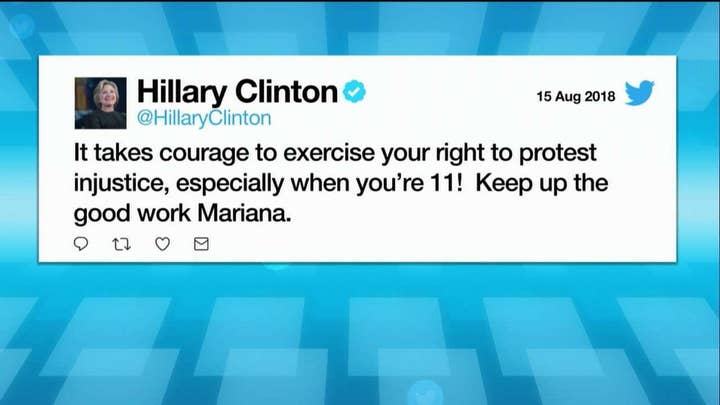 But the RNC pointed to other remarks from other possible 2020 candidates who appeared to take a swing at America, or large numbers of people in it.

Earlier this month Sen. Cory Booker, D-N.J., told an audience in New Orleans that things are “savagely wrong” in America and that there is a “normalcy of injustice.”

“I’m a big believer that if America, if this country hasn’t broken your heart, then you don’t love her enough. Because there’s things that are savagely wrong in this country. There’s a normalcy of injustice that we’ve accepted,” he said.

Also this month, Sen. Bernie Sanders, I-Vt., who ran against Clinton in the Democratic primary, said that there was something “fundamentally immoral” about America due to its economic inequality.

“I think that there is an understanding there is something fundamentally immoral and wrong about a nation in which we have three people who own more wealth than the bottom half of the American people. That does not make sense,” Sanders said in an appearance on CBS.

Meanwhile Sen. Elizabeth Warren, D-Mass., came under fire from police groups when she described America’s criminal justice system as racist “front to back.”

“The hard truth about our criminal justice system: It’s racist ... front to back.” she said before a college audience.

The GOP said that the remarks show that Democrats are out of touch, and it would appear to be an issue where there isn’t much support from the public. A 2016 Washington Post poll found that only seven percent of those polled said that America has never been great.