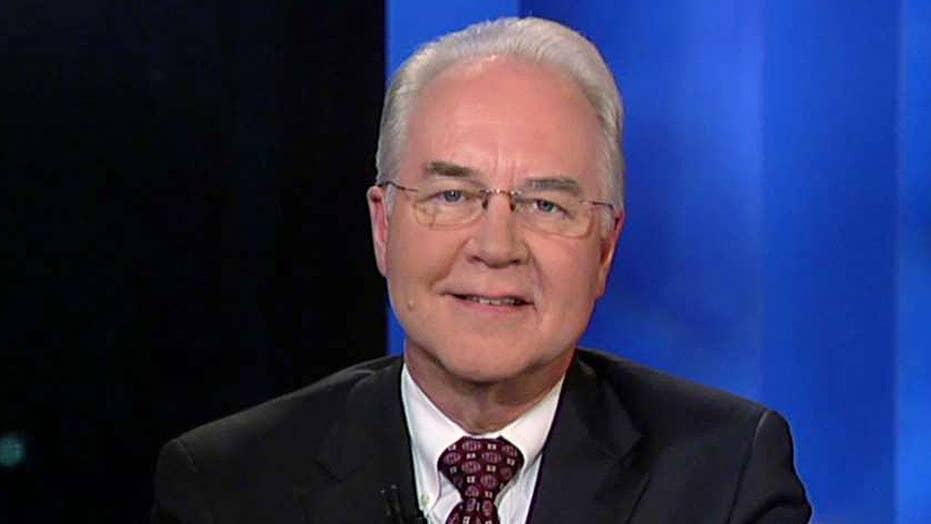 Exclusive: HHS Secretary Tom Price on why the proposed Obamacare replacement plan, the American Health Care Act, lives up to Trump's promises, could give Americans access to universal coverage and why groups of Republicans have opposed it #Tucker

As moderate House Republicans scrambled to shore up support for their ObamaCare replacement bill Wednesday night, Health and Human Services secretary Tom Price told Fox News that the legislation would let Americans "to the kind of coverage that they want for themselves, not that the government forces them to buy."

Price told "Tucker Carlson Tonight" that the House plan, which is scheduled for a vote Thursday, "encompasses all of the kinds of things that conservatives and Republicans and the American people have been talking about for the last seven years," since ObamaCare became law.

"What we’re trying to get to again is making certain that it’s patients and families and doctors that are in charge of healthcare, not Washington D.C.," Price said.

The secretary, a former Georgia congressman, told Carlson that most Americans "don't like what's going on right now" with ObamaCare.

"You’ve got 20 million people who have said ‘phooey’ on the whole program [and said] we’re either going to pay the penalty or ask for a waiver, and you’ve got another 20 million individuals that aren’t getting the kind of coverage that they want," Price said, "so this is a program that I think will work extremely well and we are again focusing on the individuals across the land who want to be able to select their coverage."