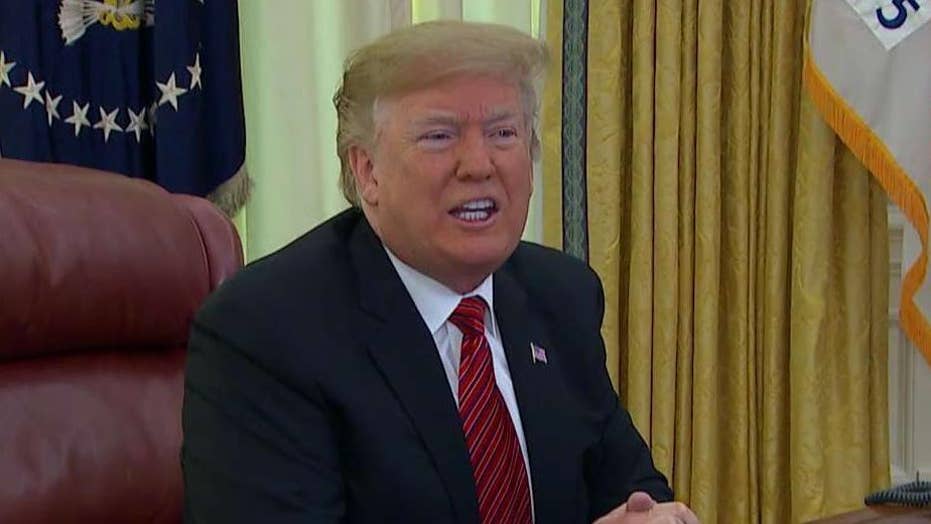 Amid the partial government shutdown, President Trump may have to offer something in return for funding his border wall, national security analyst Morgan Ortagus suggested on the "Special Report" All-Star panel Tuesday night.

Now several days into the partial closure, which began at midnight Saturday, the president is standing firm with his demand for border funding, something Democrats on Capitol Hill are refusing to hand over.

“I can’t tell you when the government is going to be open. I can tell you that it’s not going to be open until we have a wall or fence -- whatever they’d like to call it,” Trump told reporters from the Oval Office.

Tuesday's All-Star panel, which included Ortagus, Bloomberg opinion columnist Eli Lake and Washington Post opinion writer Charles Lane, weighed in on who has the better standing during the shutdown.

Ortagus began by saying neither side has been “willing to take a loss” and that the “only way out of this” is for President Trump to “put something on the table.”

“Once when they go into the new Congress, as we know, the Democrats are even going to have more power as they will be in control of the House. So what I’m looking for is a long few weeks going into the new year where we’re trading a lot of back and forths. But until the president and his team put something like DACA or something on the table that will make Democrats salivate, I think we’re going to be at status quo,” Ortagus told the panel.

DACA refers to Deferred Action for Childhood Arrivals, an Obama-era program for assisting the U.S.-born children of parents who entered the country illegally.

Lake questioned whether it was more important to Trump and likely incoming House Speaker Nancy Pelosi, D-Calif., to "get a deal" or show their supporters they're "willing to shut down the government," something he thought “played into their interests.”

Lane agreed with the other panelists that ending the shutdown would require a “bigger solution” to address immigration, adding that the shutdown also benefits both sides politically.

The Washington Post opinion writer also noted how the president’s rhetoric on the border wall has shifted and how he’s “modifying his position” in the interest of ending the partial government shutdown.

“All along, this has been about posturing on both sides towards those parts of the party base that wants to see a struggle over this," Lane said. "Possibly in between the lines of that statement, you see the beginning of the end of this crisis, but it could go on well into next year."