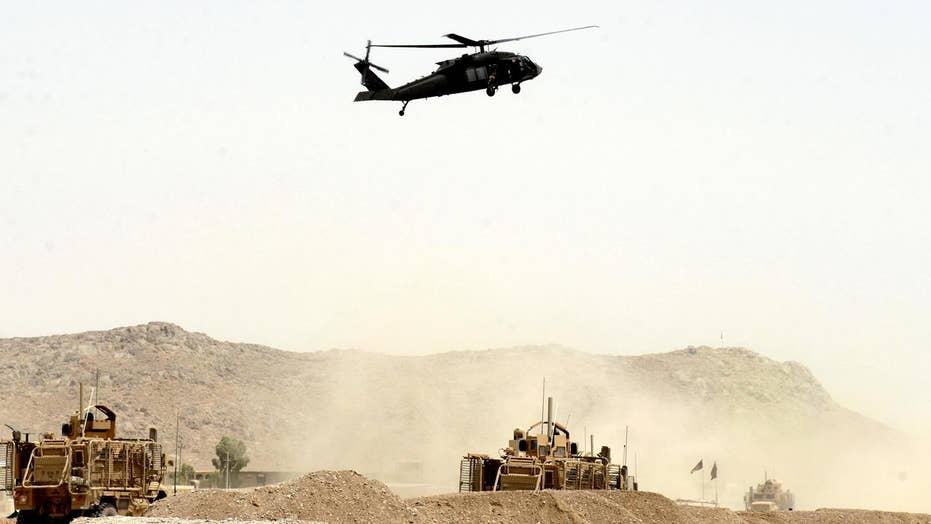 On the roster: Time to play defense on agenda - Ryan hits the road to talk tax reform - Trump to address Afghanistan strategy tonight - Team Trump looks ahead to 2020 - 100 percent gratuity

TIME TO PLAY DEFENSE ON AGENDA
Bloomberg: “Treasury Secretary Steven Mnuchin emerged over the weekend as one of the staunchest defenders of Donald Trump in the Cabinet, bringing stability to the administration’s economic policy agenda as it heads into what’s expected to be an unpredictable debt-limit debate. From dissolving business councils to following the fates of White House economic adviser Gary Cohn… palace intrigue has rattled financial markets as investors try to assess what the administration can accomplish. Trump is becoming increasingly isolated from the Republican establishment and the stability of his economic agenda, including even the simple matter of the U.S. government’s solvency, isn’t being taken for granted. Trump is finding that his choice of a loyalist as Treasury chief … is paying off. … Mnuchin’s commitment to the president is a positive sign for accomplishing Trump’s economic initiatives, including tax reform, passing a budget and dealing with the debt limit, said Terry Haines…”

Ryan hits the road to talk tax reform - WashEx: “Paul Ryan is headed to the Pacific Northwest this week to promote tax reform, his office announced Monday, to tout an overhaul of the tax code at the factories of Boeing and Intel. … This week's events will be a continuation of Ryan's tour to highlight the Republican effort to enact tax reform with President Trump. … Republicans haven't yet unveiled legislation to replace the tax code, but the tax-writing committees are working toward that goal during the August recess. With Trump, congressional leaders have agreed on a broad set of shared goals. Last week, House Ways and Means Chairman Kevin Brady delivered a speech at the Reagan Ranch in Southern California promising tax reform.”

Border wall is up first - The Hill: “Funding for President Trump’s proposed border wall is poised to be a central issue in this fall’s showdown over government funding. Unless Congress approves a new funding bill, the government will shut down on Oct. 1. Trump is demanding funds for the wall that was the centerpiece of his successful presidential campaign, but Democrats have warned they will vote en masse against any legislation that includes money for the wall. … In the near term, the most likely scenario is for Congress to approve a short-term continuing resolution in September that would fund the government for a matter of months. On its own, the measure would not include funding for the wall and would keep the government funded at present levels.”

THE RULEBOOK: CHOOSE WISELY
“The rights of property are committed into the same hands with the personal rights. Some attention ought, therefore, to be paid to property in the choice of those hands.” – Alexander Hamilton or James Madison, Federalist No. 54

TIME OUT: DATA IS THE NEW OIL
Economist: “A NEW commodity spawns a lucrative, fast-growing industry… A century ago, the resource in question was oil. Now similar concerns are being raised by the giants that deal in data, the oil of the digital era. These titans—Alphabet (Google’s parent company), Amazon, Apple, Facebook and Microsoft—look unstoppable. They are the five most valuable listed firms in the world. Their profits are surging: they collectively racked up over $25bn in net profit in the first quarter of 2017. Amazon captures half of all dollars spent online in America. Google and Facebook accounted for almost all the revenue growth in digital advertising in America last year. Such dominance has prompted calls for the tech giants to be broken up, as Standard Oil was in the early 20th century. … Size alone is not a crime. The giants’ success has benefited consumers. Few want to live without Google’s search engine, Amazon’s one-day delivery or Facebook’s newsfeed.”

SCOREBOARD
Trump net job-approval rating: -16.9 points
Change from one week ago: up 7.6 points

TRUMP TO ADDRESS AFGHANISTAN STRATEGY TONIGHT
Wash Times: “President Trump will unveil his highly anticipated strategy for Afghanistan and South Asia during a prime-time address Monday night, an address that will cap months of intense debate between the president’s inner circle and the country’s top national security leaders on the way forward in the war-torn region. Before an audience of American service members stationed at Fort Myer in Arlington, Virginia, Mr. Trump’s address will ‘provide an update on the path forward for America’s engagement in Afghanistan and South Asia,’ according to a White House statement issued Sunday. The announcement comes days after Mr. Trump tweeted that he and his top national security staff, including National Security Adviser H.R. McMaster and Defense Secretary James Mattis … have reached a decision on the way ahead in Afghanistan after this weekend’s meetings at Camp David. … On Sunday Mr. Mattis declined to provide details on what the new Afghan war plan will entail…”

TEAM TRUMP LOOKS AHEAD TO 2020
Politico: “President Donald Trump is methodically building a 2020 reelection campaign machine, shunting aside doubts about his viability for a second term as controversy consumes the early months of his administration. Trump is mapping out a fall fundraising tour that is expected to fill his campaign bank account with tens of millions of dollars. His team has tracked dozens of potential Democratic rivals, a list of names that ranges from Massachusetts Sen. Elizabeth Warren to Facebook co-founder and CEO Mark Zuckerberg. And his administration has received political advice from a top campaign pollster from his 2016 campaign, who has urged the president to keep up his attacks on the mainstream media. On Tuesday, Trump heads to the swing state of Arizona for a campaign-style rally organized by his political operation. The preparations, described by 10 people … come at a perilous time for the president, who has seen his approval rating plummet to historic lows and is facing mounting criticism from senior Republicans.”

Divide from GOP continues to be an issue - Fox News: “President Trump’s increasing divide with congressional Republicans is expected to take center stage when he campaigns [Tuesday] in Arizona, where outspoken Trump critic and GOP Sen. Jeff Flake is seeking re-election. Flake’s opposition to Trump has increased in recent months, which has prompted the president to back a primary challenger to the first-term senator. ‘Great to see that Dr. Kelli Ward is running against Flake Jeff Flake, who is WEAK on borders, crime and a non-factor in Senate,’ Trump tweeted Thursday. … The feud is part of a larger divide in which Trump is largely upset with GOP senators for failing to pass ObamaCare repeal-and-replace legislation, denying him a major legislative victory.”

White House prepares for negative response in Phoenix - NYT: “Officials in the White House and in Arizona are bracing for a furious reception to President Trump’s campaign rally in Phoenix this week… Of particular concern for some officials is the prospect that Mr. Trump may be planning to announce a pardon for Joe Arpaio, the former sheriff of Maricopa County, Ariz., who became an avatar for hard-line policies with his roundups of undocumented immigrants. Some of Mr. Trump’s advisers worry that a pardon could deepen the racial wounds exposed in the last week and compound the president’s political problems.”

AUDIBLE: BET WE COULD GUESS
“You have no idea how much crazy stuff we kill.” – An unnamed White House staffer told Mike Allen from Axios, on why many Trump aides are not resigning despite their disappointment.

100 PERCENT GRATUITY
UPI: “A Maryland bartender who received a pair of scratch-off lottery tickets as a tip used her $10 winnings to buy another ticket, which turned out to be a $100,000 winner. The Maryland Lottery said the 32-year-old Baltimore bartender, whose name was not released, received a pair of instant tickets as a tip recently, and she won $10 from the scratch-offs. The woman stopped by an Essex BP station after work and used her winnings to buy a $10 Super Triple 10s scratch-off ticket, which turned out to be a $100,000 winner. The bartender said she was so shocked by the ticket that she woke up her stepdaughter to double-check that it was a winner. ‘When I realized it was real, I cried,’ she told lottery officials. ‘This really comes at a good time.’”

AND NOW, A WORD FROM CHARLES…
“You can tell me the writing was on the wall. You can tell me [John Kelly] wanted to clean house. You can say it was inevitable once [Reince Preibus] left he was going to leave. And you can tell me that [Steve Bannon] tendered his resignation a couple weeks ago. It was only a matter time.” – Charles Krauthammer on “Special Report with Bret Baier.”